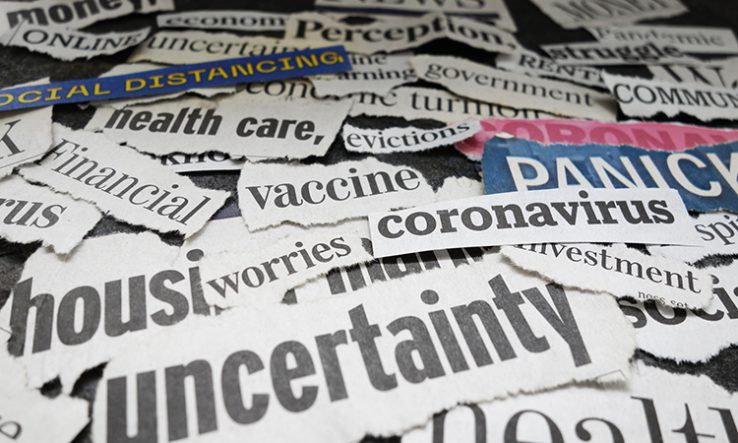 Three years ago this week, cases of a new respiratory disease were growing in China and starting to appear in other countries. Two years ago, the number of UK residents vaccinated against Covid-19 passed four million, as the global vaccine rollout gathered pace.

Looking at where the world is with Covid-19 now, we should still be thanking the researchers, scientists and healthcare professionals who made such incredible progress possible. The vaccines were an undoubted triumph for science. But not every outcome from the pandemic has been so positive.

Economist Impact, The Economist’s policy research outfit, supported by The Lancet’s publisher Elsevier, recently surveyed more than 3,100 scientific researchers globally. It found that although scientists had seen a welcome increase in public attention on science due to the pandemic, this awareness has not been matched by better understanding of the research process.

Public attention can also have negative effects: 32 per cent of those surveyed said that either they or a close colleague had experienced abuse after posting their research online. This has left researchers understandably nervous about using social media—just 18 per cent said they were confident communicating their research on platforms.

The learning curve has certainly been steep, with the pandemic thrusting scientists such as UK chief medical officer Chris Whitty and chief scientific adviser Patrick Vallance into the limelight almost overnight. Worldwide, scientists felt the pressure of greater public scrutiny, and are still feeling it.

A more public-facing role for scientists and researchers in society brings challenges. But it is also an opportunity to engage with the public, policymakers and the media in a constructive way, using various means of communication, with social media at its heart. The research community must learn from the past three years to prepare for the next health emergency.

One task is explaining scientific process. Those close to research know findings can change as understanding progresses; it’s one of the things that makes science so fascinating. Yet outside audiences rarely appreciate the iterative nature of science. The public often take what they read as fact, without necessarily recognising that findings are always provisional.

Such uncertainty can be hard to accept in the midst of a crisis. When the public was desperate for clarity at the height of the pandemic, the ‘greyness’ of some research evidence created friction. Changing scientific advice—on face masks, for example—generated public criticism, alarm and perhaps more mistrust of experts.

The picture was further complicated by much of the new science appearing before peer review, in the interests of speed and because of public demand. Researchers were often dealing directly with the public, policymakers and the media.

Researchers and their allies owe it to themselves to reverse mistrust and improve the public understanding of science. The public, media and policymakers need to be better informed about how the scientific and research process works.

A drive to encourage better understanding of the scientific process, and a renewed focus on and explanation of peer review and other quality-assurance methods, can help rebuild trust in science. Doing this effectively means wading through and tackling misinformation.

Researchers need to feel confident about using social media to share research—and need support to improve their communication skills when engaging with the public and policymakers. As a scientific community, we must pour investment into building public trust in science, campaign to counter misinformation, enhance research literacy among the media, commission more research on science communication, make vigorous efforts to explain new research findings to a public audience, and prepare scientists for more public-facing roles.

We face a worrying trend of scientific policy decisions, particularly those linked to health, becoming a badge of political identity. The debate around mask-wearing is a prime example. While we can’t, and shouldn’t, stop discussion around policy that affects our daily lives, a renewed commitment from policymakers to be ‘led by the science’ will help both to quash misinformation and to foster a respect for science that would benefit society hugely.

The research community cannot rest on its laurels when it comes to the lessons we’ve learnt from Covid-19. There’s a bright future out there for us—but we must ensure we do more to connect and support researchers with the tools to navigate this
new landscape.

Richard Horton is editor-in-chief of The Lancet, publisher of The Lancet Group and author of The Covid-19 Catastrophe: What’s gone wrong and how to stop it happening again (Polity)