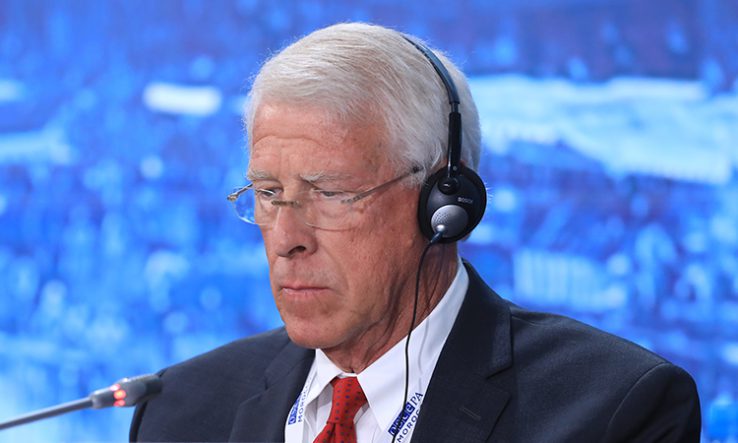 Lawmakers from both major parties in the Unites States have questioned plans to increase the budget of the National Science Foundation, expressing concern that the planned expansion could move the funder away from its core mission and create overlap with other agencies.

US president Joe Biden has put a boost for the NSF clearly on the agenda, proposing a ringfenced $50 billion investment over eight years for a new technology directorate and asking Congress to raise the overall NSF budget to $10.2bn in fiscal year 2022, an increase of 20 per cent on 2021.

At a hearing on 14 April, the top Republican on the Senate science committee, Roger Wicker (pictured), said the structural changes under consideration must “not detract from the agency’s core mission of advancing basic scientific knowledge”. Wicker said the US needs to compete with China on key technologies, but warned it “will not beat China by copying its strategy” or “by simply throwing money at the problem”.

On 15 April, lawmakers from both parties on the Senate energy committee also raised concerns that a technology directorate at the NSF would compete with R&D bodies under the Department of Energy, including the 17 national laboratories.

“You wouldn’t think that the department would have to worry about Congress giving its mission to another federal agency. Yet that’s exactly what is being contemplated,” said Republican senator John Barrasso.

The Democratic chair of the Senate energy committee Joe Manchin said: “We should not be reinventing the wheel or duplicating programmes and missions.”

Following Biden’s budget request, appropriation committees in both houses of Congress now need to decide on spending levels for the next fiscal year. The Democrat chair of the Senate science committee Maria Cantwell said that, despite legislation passed by Congress to raise R&D spending levels across agencies since 2010, the NSF budget has not yet reached the levels intended.

“I think one of the fundamental questions for us is what our committee can do to bolster the confidence of our appropriation allies that these are the right levels of investment,” Cantwell said.

At hearings of both appropriations committees held on 13 and 14 April, NSF director Sethuraman Panchanathan outlined his plans for how he would use a bigger budget.

He said the proposed technology directorate would be tightly intertwined with existing programmes across NSF “to expedite technology development in emerging areas that are crucial for the United States’ technological leadership”. These include artificial intelligence, high-performance computing, quantum information systems and other so-called ‘industries of the future’.

Panchanathan also outlined how he would use $100m requested by Biden to increase participation of underrepresented groups in science and engineering, reporting that an internal Racial Equity Task Force the NSF director set up in 2020 has delivered its preliminary recommendations.

“I look forward to sharing the steps that NSF plans to take…over the coming weeks and months,” Panchanathan said.