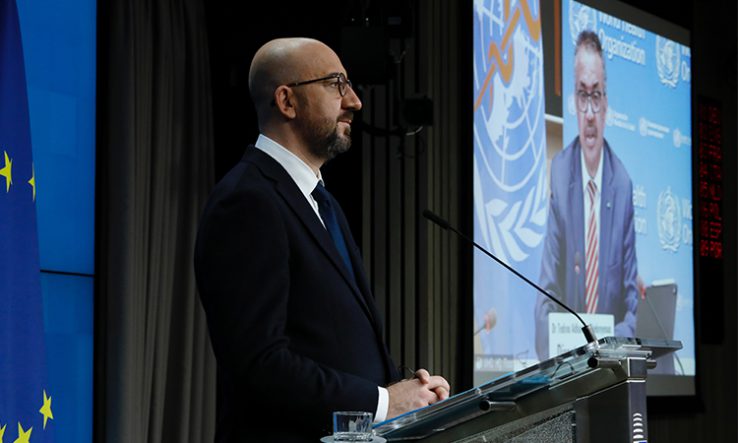 Nearly 30 national leaders from around the world have called for a new international treaty for pandemic preparedness and response, to ensure the world is better able to handle future pandemics by acting now to increase global cooperation on areas including research.

“The main goal of this treaty would be to foster an all-of-government and all-of-society approach,” leaders including Charles Michel (pictured, left), president of the European Council of EU member states, UK prime minister Boris Johnson, and South African president Cyril Ramaphosa said in a joint editorial they published on 30 March, together with World Health Organization director general Tedros Adhanom Ghebreyesus (pictured, right).

The leaders said the treaty would be “rooted in the constitution of the World Health Organization, drawing in other relevant organizations” with the goal of fostering “more mutual accountability and shared responsibility”.

“Existing global health instruments, especially the International Health Regulations, would underpin such a treaty, ensuring a firm and tested foundation on which we can build and improve,” they said.

Efforts “must be guided by solidarity, fairness, transparency, inclusiveness and equity”, the leaders said. They said they would work with heads of state, as well as civil society and the private sector, to achieve their aims.