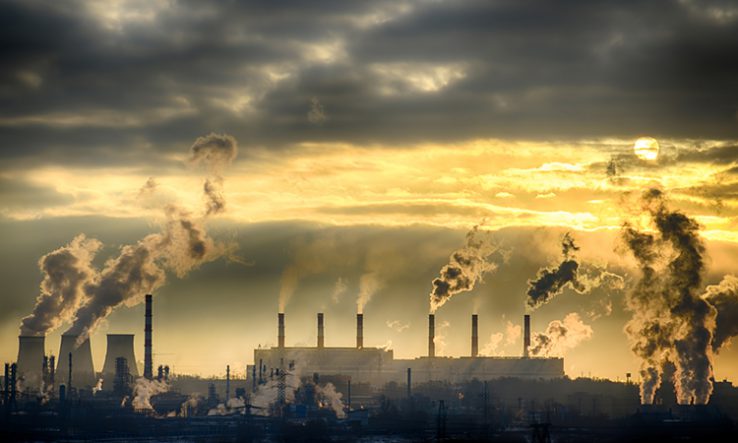 Policymakers have so far failed to do enough to prevent global temperatures reaching 1.5 degrees Celsius above normal—as they agreed would be preferable in the landmark 2015 Paris climate agreement—according to the latest report by the United Nations’ Intergovernmental Panel on Climate Change.

The first instalment of the IPCC’s Sixth Assessment Report, published on 9 August, said humans have already caused 1.1C of warming, and that global average temperatures are likely to reach 1.5C of warming over the next two decades. At the 2015 Paris Conference of the Parties (COP), politicians agreed to keep global warming “well below” 2C.

The report—part of an all-encompassing climate science review issued by the IPCC every seven years—said it was “unequivocal” that human influence had warmed the Earth’s atmosphere, ocean and land. Each of the past four decades has been warmer than the one before, the report found, with the 21st century being around 1C warmer than the 19th century.

A co-chair of the IPCC working group that produced the report, Valérie Masson-Delmotte, described it as “a reality check”. She said: “We now have a much clearer picture of the past, present and future climate, which is essential for understanding where we are headed, what can be done and how we can prepare.”

The report prompted renewed concern among climate campaign groups, who agreed with the IPCC that stronger political action is needed to curb global warming. Greenpeace responded to the report by demanding stronger emission targets and more serious commitment from governments to reduce the use of fossil fuels.

“We’re not going to let this report be shelved by further inaction,” said Kaisa Kosonen, senior political adviser for Greenpeace Nordic. “The IPCC has just strengthened the connection between carbon emissions and worsening climate extremes, which means that if governments don’t dig deeper than their currently weak 2030 emission-cutting targets, humanity could lose.”

Many countries have 2030 targets to reduce their emissions to around half of what they were in 1990 and keep global warming to under 1.5-2C. However, according to the Climate Action Tracker website, just two of the 49 countries it measures—Morocco and The Gambia—have reduced their emissions enough so far to be compatible with the goals.

Helen Clarkson, chief executive of the Climate Group, a lobby group for companies concerned about climate change, said the IPPC report was a “stark and jolting” reminder that political action was “urgently” needed.

“Businesses, cities, national governments, and states and regions all have a significant role to play in moving towards a net-zero carbon economy,” she said, adding that the coronavirus pandemic had shown that swift global action was possible.

Clarkson referred to the next COP meeting in Glasgow in October and November as a focal point for political progress. “With COP26 on the horizon, this is the last chance that decision-makers have to align ambitious talk with financial backing, innovation, and action,” she said.

The report was compiled by 234 authors from 66 countries and incorporates more than 14,000 scientific sources and 78,000 pieces of expert comment.