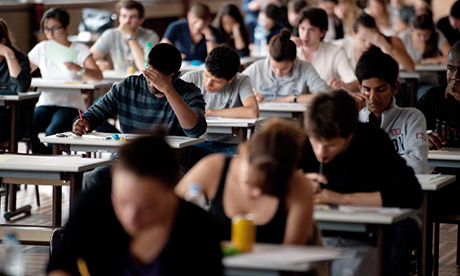 It could be months before universities know what results mean for admissions, writes Chris Parr

Today, pity the university admissions office staff. They did not ask for the entire A-level results system to be overhauled less than 48 hours before students received their grades—calculated this year using an algorithm that adjusts teacher-predicted grades by looking at, among other things, the results of previous cohorts from the school they attend.

That this is completely unfair is beyond question. A bright student could find themselves downgraded because pupils at their school have underperformed in previous years. Schools with previously poor performance will undoubtedly include many from disadvantaged areas. The whole thing stinks, and to be fair, the government seems to know it.

Education secretary Gavin Williamson has said he is “extremely sorry” for the disruption, and yesterday’s announcement that mock A level results and optional autumn exams can now be used to meet university entry criteria looks like a clear ministerial acknowledgement that the calculated grades are far from 100 per cent robust. Pity, too, the university students who are receiving them.

The overall results picture is now pretty clear, as Fiona McIntyre reports today. Some 36 per cent of school-predicted results have been reduced by one grade, with just over 3 per cent reduced by two. The majority—59 per cent—were unchanged, while just over 2 per cent went up (in 0.01 per cent of cases the mark went up by three grades—who knows what happened there?).

What these overall statistics do not show, though, is the toll this process will take on individuals. Students who underperformed on their mocks (or were perhaps handed a lower grade by a teacher who was using the then-meaningless exams as a motivating tool), and who have now seen their expected marks slashed, will be distraught. The debate about when and how university teaching will recommence in the Covid-19 era will continue, but make no mistake, thousands of students were expecting to start their degrees this year and they will be distraught if this opportunity has been snatched from them.

Especially when nearly every media outlet is telling them that the system used to calculate their grades is not fit for purpose.

Other students who performed well on their mocks, meanwhile, will have been celebrating university admission yesterday safe in the knowledge that if the results they are handed are a disaster they can appeal, and get in.

That this will play havoc with university admissions is an understatement. Universities in England were already battling a cap on domestic and European Union student recruitment and, as Research Professional News reported yesterday, their calculations on this already complicated requirement will have been thrown into further disarray with news that students who appeal their grades in order to use their mock results, and those who opt to sit an exam in the autumn and then get their required admission grades, will not count towards that cap.

It remains to be seen how many students go through the appeal process, or opt for an exam. It is impossible to know—there is no precedent to draw on. That those who do so are not part of the cap will help universities to an extent, but they would rather have clarity on the number of students they will be hosting. After all, there is a limit on the number of teaching staff and student accommodation they have—not to mention space on campus, which has to be usable while following social distancing rules. Not knowing final student numbers is, to put it mildly, unhelpful.

We also learned today that there is no way that those students who opt to do the exam will be able to start their courses in September, so what do universities do here? For a start it means it may be the end of the year before they know how many students they will be enrolling. Some institutions will be able to facilitate a January start to courses. Others may admit students late, and look to ensure they catch up with their peers by taking extra classes. But it is unlikely that students who receive a shorter term (if that is what happens) will be content to hand over £9,250 for a full year of tuition.

Add this to the uncertainty about how many students will choose to defer their place until the pandemic has passed, and how many might change their minds altogether about the campus experience, and the job of university leader is currently an unenviable one.

One thing that is for sure is that the headlines from this year’s A level results day will be unlike any from previous years. This is not a day of celebration, it is a day of chaos and calamity.

You wouldn’t know it from the Ucas and Universities UK press releases though, which both trotted out the now familiar line that record numbers of young people from disadvantaged backgrounds have been accepted into university. While it is true, the stat is often misinterpreted as meaning that there are now more disadvantaged people overall entering higher education—a claim that is on far shakier ground once the demolition job that £9,000-plus fees did on the number of mature and part-time students is taken into account.

It also ignores the fact that the current universities minister, Michelle Donelan, has made it perfectly clear in comments to the Education committee that it “doesn’t matter” which groups do or don’t get to university. She has also said that “quite frankly, our young people have been taken advantage of—particularly those without a family history of going to university” by universities that are cruelly accepting them on to “popular-sounding courses with no real demand from the labour market”.

Donelan sees education as the process of “delivering graduates into jobs”. Personally, I prefer Nelson Mandela’s take—“education is the most powerful weapon which you can use to change the world”—but there you go.

For the thousands of students who were receiving results today in the hope of continuing their own world-changing education at university later this year, I wish you well. One thing is true: if you did not get the grades you needed, that does not mean you won’t be going—but it may take several months before you, and your preferred university, know for sure.