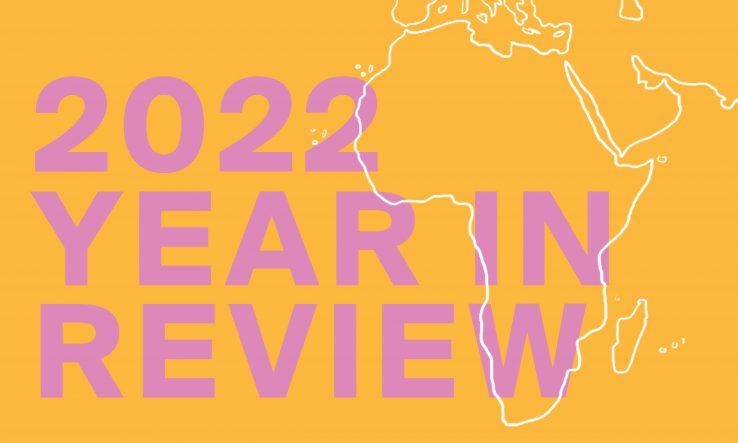 As travel resumed this year and policymaking moved on from its myopic focus on pandemic matters, 2022 became a more normal period for most of Africa’s research community. South Africa’s prominence was further challenged, while fresh funding hopes brought overall cheer to the continent.

This year it became increasingly difficult to overlook the glaring challenges facing South Africa’s research system. Political fallout from corruption charges, an electricity provider on the brink of collapse and strife at institutions of higher learning set the scene for a challenging 12 months.

Further evidence of the country losing its position as Africa’s research leader emerged in June, when fresh data placed it behind Egypt, Rwanda and Tunisia in terms of its R&D spend as a proportion of GDP. Tough choices were evident at the National Research Foundation, as its director described how it is being asked to do more with less.

Tempers flared at the country’s universities with several—including the research-leading University of Cape Town—experiencing governance problems. Mangosuthu University of Technology in Umlazi was placed under administration and an independent investigator was appointed to investigate allegations of mismanagement at the University of South Africa.

Reports of racism and xenophobia also dogged campuses in the country. The Academy of Sciences of South Africa announced it was conducting an investigation into xenophobia in universities. “Already, our fears are being confirmed,” Assaf president Jonathan Jansen said.

There was more cause for cheer looking across the continent, as lockdowns eased and long-planned research collaboration schemes took shape. In October, the African Union Development Agency held its first technical consultation on mobilising domestic investments for R&D.

The previous month, national science and education ministers from around the continent had backed the creation of an African Education, Science, Technology and Innovation Fund. The US$300 million fund is envisaged as a source for grants and loans for African education and research projects. However, at the time only two countries—Botswana and Ghana—had committed funding to the mechanism that will be hosted by the African Development Bank.

An Africa-Europe joint innovation agenda was adopted in February at a long-anticipated (and Covid-delayed) intercontinental summit held in Brussels. Links also deepened between the African Research Universities Alliance and its European counterpart, the Guild of European Research-Intensive Universities, with talk of funding new joint centres of excellence.

In the United States, development agency USAID announced it would direct a greater proportion of its Africa funds—which include sizable chunks for research—to local organisations to “elevate” African leadership. In December, president Joe Biden created an African diaspora council to strengthen the US government’s links with people of African descent.

And as the year drew to a close, the United Kingdom’s government announced a new international R&D cooperation scheme to replace those slashed in the early days of Covid.

Despite hardships across the board, many African researchers found things to cheer about in 2022. But with a lot of the reasons for cheer being ‘works in progress’, plenty of uncertainty remains about the recovery of the sector in 2023.