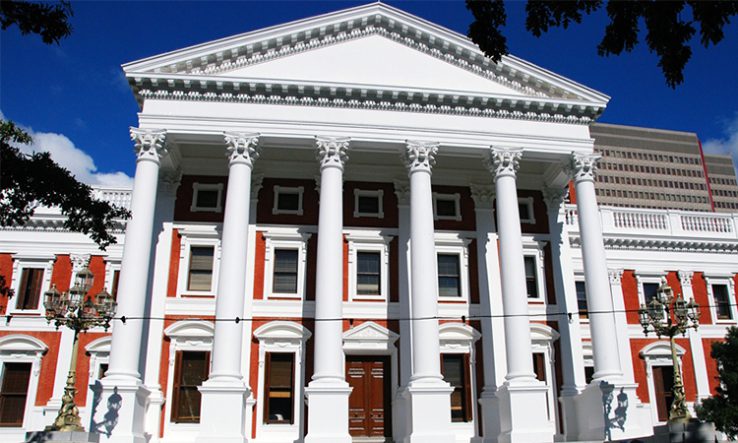 South African politicians have rallied behind the country’s Department of Science and Innovation, calling for an increase in funding while praising the work it does with limited resources.

MPs debated the DSI budget, announced in February, on 18 May. The budget gives the DSI R8.93 billion (US$640 million) for the 2021/22 academic year, an increase of R1.3bn over the emergency budget of the previous year, and R130m more than the original 2020/21 budget before it was cut to free up resources to fight Covid-19.

All parties represented in parliament bar the Economic Freedom Fighters and Freedom Front Plus supported the budget. Because of the pandemic and virtual sittings, votes on all departmental budgets will take place on 4 June. This will be a formality given the African National Congress majority in the National Assembly and the lower house, the National Council of Provinces.

But MPs called for more funding for the DSI on the grounds of the importance of its mandate. Philly Mapulane, from the ANC, raised concerns about the slow pace of racial and gender transformation in the national science system, the general lack of resources, and poor performance in maths and science at school level. Mapulane is the chair of Parliament’s portfolio committee on higher education, science and technology.

Mapulane said that “inadequate and declining levels in real terms of the parliamentary grant” across research was a serious concern. He said this affects skills development and retention, research output, and infrastructure acquisition and maintenance.

Mapulane said the funding model of science councils needs to be revised because of the difficulty of obtaining funding from the private sector. “The science councils depend on this income to ensure their sustainability and execution of their mandate,” he warned.

Annelie Lotriet, from the Democratic Alliance, praised the DSI and its entities for its “extraordinary work”. While the DA did not reject the budget, Lotriet said, the lack of funding for the DSI showed that science is not a government priority: “Science is still treated as a Cinderella. It is still viewed as a ‘nice to have’ and something we do on the periphery.”

Narend Singh from the Inkatha Freedom Party said there should be a longer term government commitment to science funding and that the DSI needs a “strong budget”. He called for more funding for energy research and bio-innovation.

Science minister Blade Nzimande conceded that “much more resources” are needed to hit the country’s target of spending 1.5 per cent of GDP on R&D by 2030 set out in the National Development Plan. The latest R&D survey put the figure at 0.75 per cent in 2018/19.

Nzimande said the slow pace of transformation remains a concern.

He praised president Cyril Ramaphosa’s “foresight“ in bringing the departments of science and higher education together under one ministry. He said this is helpful because much of the DSI’s work takes place at universities.

Nzimande said that R870m will be set aside for 20 new dishes at the MeerKAT radio telescope in the Karoo.

He said that agreements have been finalised for a “Square Kilometre Array Exploratorium” in Carnarvon. It will be a R60m “multi-purpose science tourism centre”, he said.

The EFF rejected the budget as has become the norm in these votes, but it was joined for the first time by another party, its ideological opposite, the FF Plus. Sinawo Tambo, the EFF’s representative on the committee, took a harder line than usual on the DSI, slamming it as an “underwhelming department with no vision” and “deliberately out of sync with objective reality”. Tambo also said it was impotent in funding innovative science.

The FF Plus’ Wynand Boshoff, also a committee member, did not give reasons for rejecting the budget but alleged irregularities in appointments at the Council for Scientific and Industrial Research.

Nzimande said all Boshoff’s concerns had been resolved and slammed Tambo, commenting, “The less said about the EFF the better for science and innovation.”