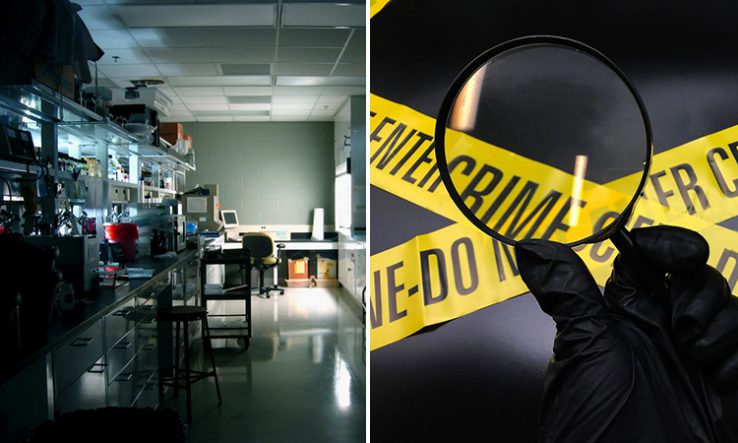 Images: Shutterstock and DPP Law [CC BY 2.0], via Flickr

Work to establish two universities promised by president Cyril Ramaphosa at the beginning of 2020 has begun, Blade Nzimande, the higher education and science minister, told MPs on 4 March.

Derrick Swartz, a former vice-chancellor of Nelson Mandela University, will chair the steering committee tasked with establishing the two universities in the Gauteng province of South Africa, Nzimande said at a meeting of Parliament’s portfolio committee on higher education, science and technology. One will be a University of Science and Innovation located in Ekurhuleni. The other, in Hammanskraal, will be the “crime detection university”.

Thandi Lewin, acting deputy director-general for university education at the Department of Higher Education and Training, told the same meeting that the steering committee is currently busy with feasibility studies for both universities. “There is a great deal of work that needs to be done looking at the academic programme, the form of the institutions, the infrastructure requirements, costs and environmental trajectory,” she said.

‘Need to move with speed’

Chantel King, an MP from the Democratic Alliance, criticised the choice of Ekurhuleni as the site for the University of Science and Innovation. She said the Eastern Cape would have been better.

But Nzimande said that Ekurhuleni got the nod because it is the only metropolitan area in the country without a university. “Ekurhuleni is the industrial heartland of the country. A university of science and technology has to have a dynamic relationship with industry,” he said.

Nzimande told the meeting that residents of Giyani, in Limpopo, about 400km north of Johannesburg, had asked him for a university in the town. He said he had agreed that “at least a university campus” would be established using the infrastructure of a defunct teacher training college in the area. Nzimande said Tshwane University of Technology has expressed interest in being involved.

Philly Mapulane, the head of the committee, said that the government must ensure that enough money is allocated for new universities, given that government budgets are already stretched. “We need to move with speed to make sure the feasibility plans are finalised,” he said, referring to the two Gauteng institutions.