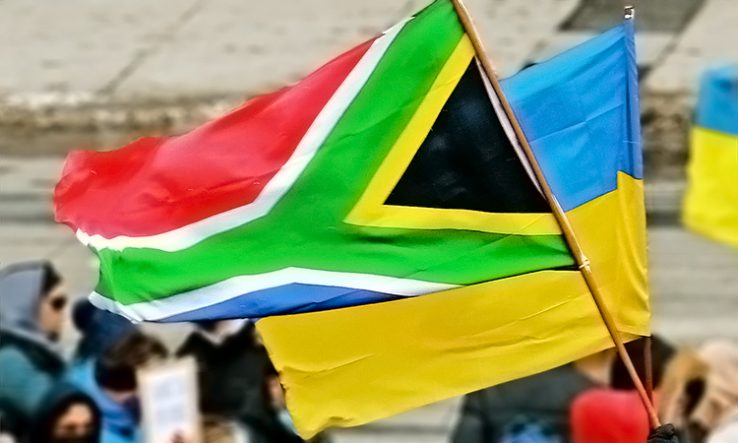 Physicists and astronomers in South Africa have led a call to condemn Russia’s invasion of Ukraine and oppose government attempts to silence scientists.

Their statement comes two weeks after Research Professional News revealed that South Africa’s Department of Science and Innovation had instructed some of its entities not to comment on the conflict.

“I was absolutely appalled by the stance of the South African government on the Russian invasion of Ukraine and its attempts to silence the science bodies,” says Iurii Sushch, a Ukrainian astrophysicist at South Africa’s North-West University and one of the more than 30 researchers behind a 17 March statement on the issue.

“But I was even more surprised and disappointed to find some science bodies readily following the instructions and using the governmental edict as an excuse for no action,” he told Research Professional News.

It was on 1 March that a senior DSI official sent an email to colleagues stating that “DSI entities […] should not engage in any action of any kind, which could be construed as a political commentary or political reaction to the developments in Ukraine”.

In their open letter published on 17 March the scientists say that they “strongly oppose” attempts to silence researchers. “Freedom of speech is a constitutional right of everyone and we affirm the right of South African scientists and institutions to speak out following their conscience,” they say.

“We strongly believe that South African academic institutions should align themselves with the strong response against the invasion among scientists and academics worldwide,” they say, and urge South Africa to support scientists and students fleeing the violence in Ukraine.

“This especially concerns African students, where the South African government is obliged to take vigorous action to ensure the safety, possibility of repatriation, and availability of alternative educational opportunities,” they say.

Sushch said that he hopes the open letter will encourage others to come forward and put pressure on the government.

Many prominent scientists have signed the letter, including Thomas Jarrett, chair of astrophysics and space physics at the University of Cape Town, and Oleg Smirnov, who started his research career in Russia and who holds the Square Kilometre Array chair based at Rhodes University and the South African Radio Astronomy Observatory.

Ian Glass, an associate research astronomer at the South African Astronomical Observatory, also signed the letter. Both SARAO and SAAO are DSI entities.

Two weeks ago, the DSI refused to comment on the email and said any questions about South Africa’s foreign policy stance should be directed to the Department of International Relations and Cooperation. It said that the conflict was having no implications on South Africa’s bilateral science and innovation relationships with Russia.

This week, Research Professional News once again invited the DSI to comment on its policy for entities commenting on Ukraine. The department said it had nothing to add to its previous statements.