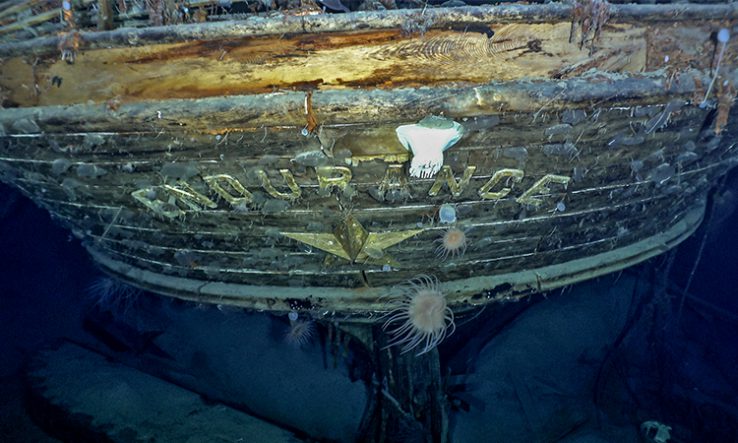 Team films wreck of the Endurance in Weddell Sea

A search party aboard South Africa’s premier research vessel, the SA Agulhas II, has discovered the location of the 100-year-old wreck abandoned by British explorer Ernest Shackleton after it became trapped in Antarctic ice.

On 5 March, the team, which set out from Cape Town on 5 February, found the wreck at a depth of 3,008 metres, near the spot where Shackleton’s own expedition members calculated it had sunk.