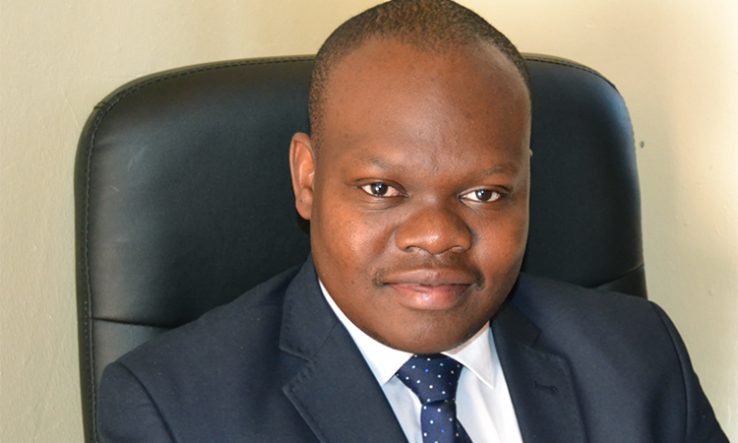 When Fulufhelo Nelwamondo took over as chief executive of National Research Foundation, it was a time of flux for South Africa’s flagship funding agency.

The NRF was reeling from large cross-government budget cuts as part of measures to fight the Covid-19 pandemic. It was expected to fulfil its ever-expanding remit—which last year was extended to include leading public engagement with science—with its dwindling resources.

One big change has been to the agency’s postgraduate funding scheme, which since 2021 is funding a smaller number of students more comprehensively. Nelwamondo says the system, which is in its second intake, is “working very well”.

“Of course, you are funding fewer students,” he notes. But he says it might prevent students who in the past couldn’t make ends meet at honours, masters or PhD level from leaving their degrees to pursue better-paid jobs in other sectors.

Deciding what and who to fund from an overflowing pool of deserving candidates is the agency’s main challenge, he says. Everyone looks to the NRF as the big player in South Africa’s science funding arena, he says, but it distributes only a small fraction of the country’s research spend.

South Africa spends around 0.8 per cent of its GDP on R&D, which is around R40 billion (US$2.5bn), Nelwamondo says. The NRF’s spending budget is around R4bn—and only half of its funding goes into research, while the rest going to infrastructure development. “So, basically, we have about R2bn that goes into research.”

It’s not enough, he admits, but the government’s finances are over-subscribed. “We have made our screams and cries to the minister. But I’m not expecting more. Prioritisation is our big challenge. It’s very difficult to choose which is more important than the other.” [This interview was carried out ahead of the science budget vote in Parliament on 17 May.]

The NRF is one of the agencies leading South Africa’s push to become more innovative and technology-driven. The fourth industrial revolution has become a leitmotif in the agency’s funding programmes.

Nelwamondo had just returned from a trip to Silicon Valley in the United States with the minister to see what South African can learn from that cauldron of innovation. This growing emphasis on innovation in NRF’s remit has come under fire from academics who fear it will squeeze out basic, non-commercial, research.

But Nelwamondo, an engineer by training, thinks it’s a natural shift for the agency. “It makes sense for that to come to us,” he says. If research is to serve society, innovation is key. But here, again, funding becomes a limiting factor. “What’s missing is [the money] to advance this kind of shift.”

The future of ratings

Also in flux is the NRF’s researcher rating system. This reviews the performance of researchers submitted to it, giving them letter ratings based on their achievements.

An A-rating means a researcher is an international leader in their field. This used to come with a financial boost worth R100,000 per year for five years. Lower ratings also came with funding, albeit at lower levels.

However, in 2018 the NRF decided to slash this incentive funding, sparking an outcry from senior scientists and questions about its future. “The moment we stopped incentive funding for rated researchers, the question became: What’s the point?” Nelwamondo says. After all, it costs the agency money that might be better spent elsewhere.

As a former rated scientist himself, Nelwamondo thinks ratings now matter little from an individual researcher’s point of view.

However, he says they remain embedded in the country’s science system, and decisions about their future need to take this into account. For example, some universities use ratings for career advancement systems, with positions like professorships available only to candidates who have achieved a certain rating.

The NRF is appointing a team to assess whether the ratings system should be continued. It is also shifting more funding towards supporting emerging scientists, which Nelwamondo says is vital for transforming the research community to reflect the country’s population in terms of women and Black scholars.

“Everyone has accepted that this is an imperative,” he says. Some critics argue that a greater emphasis on transformation might see standards of excellence slip. But Nelwamondo disagrees. “We don’t see them as mutually exclusive.”