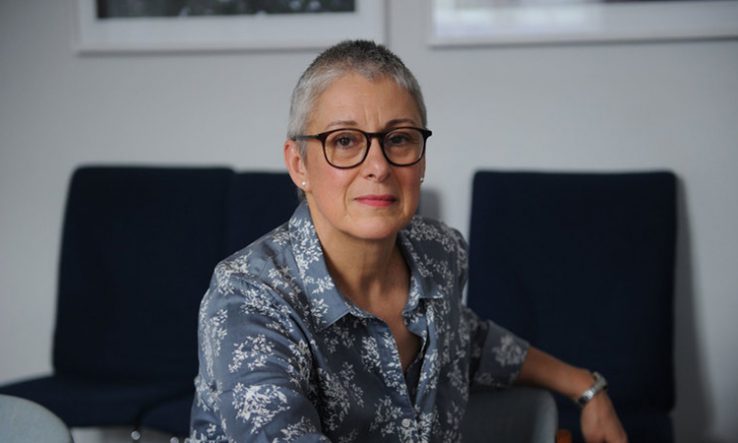 The University of Cape Town in South Africa has confirmed the early departure of Lis Lange from the post of deputy vice-chancellor for teaching and learning.

UCT vice-chancellor Mamokgethi Phakeng said in a 2 May statement that Lange (pictured) will not be seeking a renewal of her appointment, which was scheduled to end in January 2023.

“It has been agreed that she will relinquish her DVC position with immediate effect and that, for the next two months, she will focus on preparing UCT for the Council on Higher Education’s Institutional Audit, which is scheduled for later this year,” Phakeng said.

The institution did not comment on the reason for Lange’s early departure. A successor will be appointed, and communication scholar Harsha Kathard will take up the post in the interim.

Lange’s departure was branded a “devastating loss” by Jonathan Jansen, president of the Academy of Science of South Africa and the head of the South African Institute of Race Relations.

Referring to her as one of the best academic DVCs the country had ever produced, Jansen explained that it was “extremely difficult” to find vice-chancellors and DVCs with the necessary scholarly standing, leadership and managerial skills, emotional maturity, political skill and personal humility.

“Not only are such talented academic leaders rare, but we also lose the few really good ones for reasons that have nothing to do with their job performance,” he wrote in an email to Research Professional News.

Lange is originally from Argentina, but is a permanent resident of South Africa, with PhDs in history from both countries. She has previously held positions at the University of the Free State and the Council on Higher Education.

UCT post has seen several senior staff stepping down in recent years amid tensions that have been growing around the institution’s racial and gender transformation goals and processes.

Deputy vice-chancellor for transformation Loretta Feris left her post in April last year, 10 months before the end of her term. And Linda Ronnie, the dean of commerce, asked to be released from her post last year too.

After Feris’ departure, the then-head of UCT’s convocation, Eddy Maloka, announced that he, too, would resign, citing concerns about the choice of Feris’ interim successor, Martin Hall, a white man.

Although Maloka said in his resignation letter that he had a “lot of respect” for Hall, he said he “could not explain” why Hall had been chosen to fill in for a Black woman at the helm of UCT’s racial and gender transformation efforts.

“I just do not see how I will continue to be part of a team that does not seem to have consensus among themselves on the basics of transformation – on its necessity and imperatives,” he wrote.

Phakeng would not be drawn on the transformation debate underway at UCT.

The institution’s transformation policies are driven by its Vision 2030 ambitions.

In a 2019 statement setting out Vision 2030, Phakeng said that excellence, on its own, could not be the only goal for an institution such as UCT.

“[Excellence] can discriminate. It can marginalise. It can silence. So, transformation is fundamental,” she said.

She added, “The transformation project at UCT requires participants who understand its importance and who are committed and willing to lead the university’s transformation agenda.”