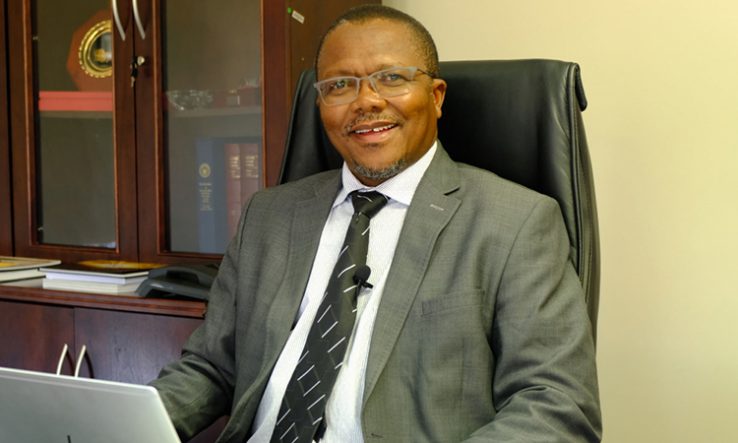 South Africa’s higher education community was left reeling this week following an attempt to murder the vice-chancellor of the University of Fort Hare in South Africa in which a member of his staff died.

Mboneli Vesele, who headed vice-chancellor Sakhela Buhlungu’s security detail and also served as his driver, was killed during what the university called an “assassination attempt” on Buhlungu (pictured), when gunfire left a car outside Buhlungu’s residence in Dikeni in the Eastern Cape province riddled with bullets on 6 January.

A statement from the Department for Higher Education on 7 January said: “Although investigations are at an early stage, all indications are that the assailant (or assailants) was (or were) targeting Prof Buhlungu, who at the time of the incident was not in the car.”

South Africa’s higher education minister Blade Nzimande said: “This attack is not only an attack on the University of Fort Hare but also an attack on the entire Post-School Education and Training sector.”

Nzimande, who visited UFH on Wednesday this week appealed for calm while investigations are carried out. He called on university and college leaders to engage with his department if they have security concerns.

UFH said it had asked for trauma and counselling services to be made available to students and staff, and to Vesele’s family.

‘A culture of impunity’

While the exact reasons for the shooting are not yet known, many informed observers believe Buhlungu was targeted for wanting to root out corruption in the institution.

According to media reports, this was the second attempt on Buhlungu’s life after his home was fired at in March 2022. And in May 2022, the university’s former fleet and transport manager, Petrus Roets, was shot in what some described as a hit associated with his role at the university.

According to Universities South Africa (USAf), these attacks began after various counts of alleged corruption at Fort Hare came under investigation by the government’s Special Investigating Unit. The alleged fraud reportedly related to “cleaning and gardening tenders and fraudulent issuing of qualifications”.

“There seems to be a growing sense of impunity on the part of criminal syndicates in their opposition to anything ethical in our society,” said Sizwe Mabizela, vice-chancellor of Rhodes University, which is also located in the Eastern Cape.

“We should never allow such acts of violence to become normalised,” said Nozipho January-Bardill, chair of Nelson Mandela University, also in the Eastern Cape. She called on authorities “to support and protect whistleblowers and those who are trying to root out fraud and corruption in higher education and in our society broadly”.

UFH was the first university in South Africa to accept Black students and has been credited with exceptional contribution to Black academic training and leadership development on the African continent.