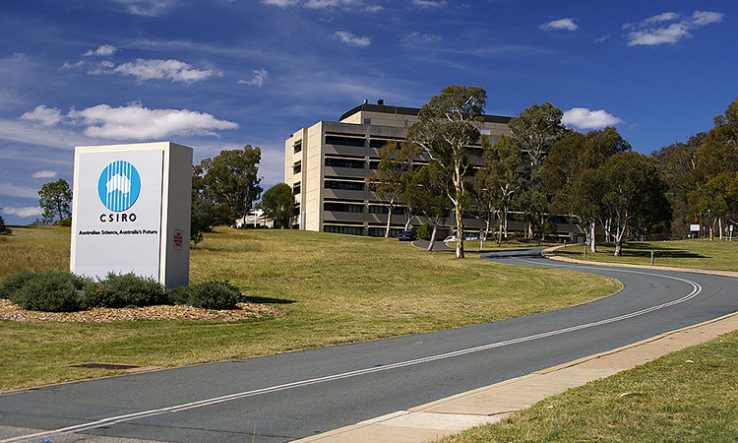 The Commonwealth Scientific and Industrial Research Organisation, Australia’s national science agency, has said that the country must look to research to lead the way out of the Covid-19 crisis.

In a report published on 16 September, CSIRO highlights six areas in which the groundwork could be laid for a more efficient and productive economy: agriculture and food; energy; health; mineral resources; manufacturing; and digital. CSIRO is administering a fund of A$100 million a year, announced in August, that treats these six areas as “missions” for the agency and its partners.

Launching the report, CSIRO chief executive Larry Marshall said: “We need to double down on Australian innovation, because science and technology can drive our recovery from this pandemic-led recession and land us back in a much stronger position.”

The Group of Eight universities has also released a research-led recovery plan. The Go8 plan, published on 9 September, calls on the federal government to support university-based research. It urges continuing support for the Australian Research Council and the National Health and Medical Research Council, a stronger focus on translating research into real-world outcomes, and the creation of a mechanism to track the actual cost of research work.

Go8 chief executive Vicki Thomson said the measures in the plan would “arm the nation’s research-intensive universities for the challenges of the future”. It comes as university researchers wait to hear how their work will be funded after the Job-Ready Graduates funding reforms decouple student numbers from research.

CSIRO’s long-to-medium-term goals, outlined in its report, include developing digital capabilities, pursuing decarbonisation while tapping into global demand for energy, and securing food supplies through agribusiness.

It will also focus on health in the areas of biosecurity and research, support for “nimble and flexible” small and medium-sized businesses in manufacturing, and further development of Australia’s mineral resource industries with a “net-zero emissions” target.

Digital industries contribute A$122 billion to the Australian economy, the report says, and the pandemic will accelerate the trend for online interaction. Australia’s food and agribusiness industries employ 325,000 people and need to be strengthened with research into opportunities such as alternative protein sources and better supply chains, the report says.

Australia’s reputation for quality and strong regulation are identified as advantages in health, along with the country’s highly skilled workforce and research strengths.

In manufacturing, CSIRO identifies three “megatrends”: manufacturing is moving towards more “agile and bespoke” production methods and more sustainable operations, and is becoming more focused on analysing its own operations.