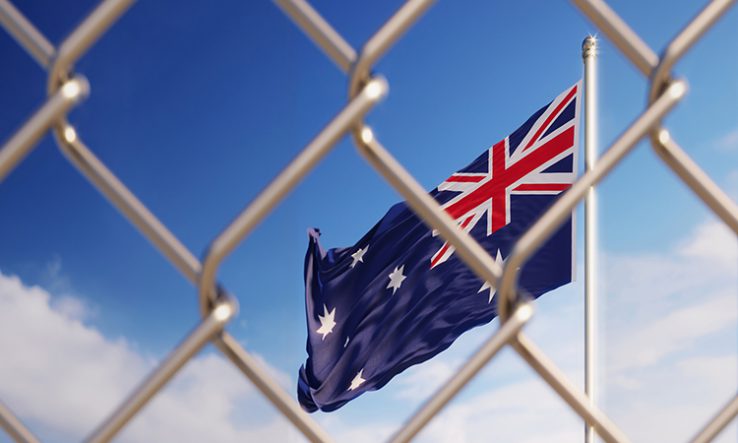 Australian Research Council executives also told the hearing that there were “ongoing” investigations into at least five past grant recipients on security grounds.

In hearings last week on security threats involving Australian research, James Paterson, chair of the Parliamentary Joint Committee on Intelligence and Security, asked representatives of the Commonwealth Scientific and Industrial Research Organisation how it would affect their work if the government banned researchers from international talent programmes. The inquiry was quizzing CSIRO on its employees’ involvement in the Chinese Thousand Talents recruitment programme.

Dave Agnew, CSIRO’s director of business and infrastructure services, told the inquiry that “we are very confident that there are no members of our employees who are part of the Thousand Talents programme…To the best of my knowledge, that has always been the case.” Agnew said Australia’s main research collaborators were “the United States, China, the UK, Germany, France [and] a series of European countries”.

In 2019, the US government banned its scientists from joining Chinese talent recruitment programmes. A 2020 report from the Australian Strategic Policy Institute, a think tank, suggested that Chinese programmes were qualitatively different from those run by most nations.

Jack Steele, CSIRO’s director of science impact and policy, said the effects of a ban were hard to predict. “If it was a broad ban like ‘you can’t participate in and you can’t collaborate with the Chinese Academy of Sciences’, that would be a significant impact on the level of collaboration CSIRO has with Chinese scientists across a range of different discipline areas, some more likely to be sensitive than others.”

Agnew said that CSIRO was in the middle of an upgrade of its security systems. “We’re working with the Australian Cyber Security Centre, with them coming in and reviewing all of our systems,” he said. “We’ve recently changed the way we do all of international travel, so we’ve restricted access and used ‘burn’ equipment when people are overseas…We do look across the landscape around what’s changing.”

He said that CSIRO had responded to changes in the “cyber environment” since the start of the pandemic, and that CSIRO’s security programme was “country agnostic”.

CSIRO is developing a “sensitivity tool” to assess the security risks of research and working with the prime minister’s department on drawing up a proposed list of sensitive research that will be circulated to government agencies and universities. The tool will include questions about what the technology could be used for and what countries are involved in collaborations.

The committee heard that the referral of 18 applications to security agencies in 2020 had come at the request of education minister Dan Tehan after the ARC had raised questions, partly because of media coverage around individual researchers. ARC staff did not confirm that the coverage in question included the publication of a list of researchers who were working for the Thousand Talents programme, but they said they would seek further information on this and provide it at a later time.

Five of the grants were ultimately refused. The ARC staff said it would not necessarily be made public if further inquiries into researchers and past grants meant that money had to be repaid to the ARC.

Paterson told the ARC representatives, including chief executive Sue Thomas, that he thought the public was “entitled to know” if someone who was refused a grant was then also found not to have complied with conditions of earlier grants.