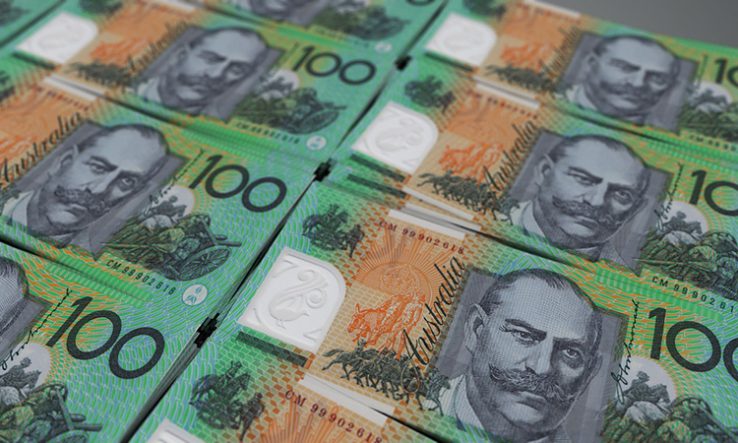 Researchers have called for major changes in the funding process of the Australian Research Council Future Fellowships scheme, following the release of the latest round of grants.

While the 100 early to mid-career researchers who received a total of A$93 million have welcomed the funds, announced on 11 August, the low success rate and time-consuming process have led to some figures describing the system as broken.

The fellowships have been under scrutiny since winners were included in a spreadsheet of recommendations posted on the Australian Research Council (ARC) website on July 20. Formal announcement did not come until three weeks later, on 11 August. The overall success rate was around 15 per cent.

In late July, while the decision on the fellowships was pending, University of Sydney researcher Nick Enfield published an article in The Australian newspaper, calling for the award process to be streamlined.

Enfield told Research Professional News the response to his article had been strong.

He said one deputy vice-chancellor for research “wrote to me directly, applauding the piece and saying they were very keen to get [education minister] Alan Tudge to look at it”.

Enfield, the director of Sydney’s Social Sciences and Humanities Advanced Research Centre, said there was an “incredible opportunity cost” in the time and effort researchers put into applying for ARC grants.

“Researchers are bogged down doing all this time-consuming application work.

“It’s not at all clear to me that this much more high-cost process at all guarantees that you’re making better selections or getting better outcomes.”

According to figures from the Twitter account @arc_tracker, the fellowships took eight months from application to decision, down from nine months and five days in 2018-19.

“Probably the timelines are the worst,” Enfield said. “[Researchers] get into all sorts of contortions around their careers. The timelines leave people in limbo.”

“A close second is the sheer cost of the actual application,” Enfield said, referring to both financial cost and researchers’ time and energy.

He added: “I’m not questioning the quality of the people who get funded [but] the system as it is is very untransparent right now.”

Call for ‘flexibility and extensions’

The Australian Academy of Science’s Early and Mid Career (EMCR) Forum told Research Professional News that while it was “delighted to see funding being awarded to a range of exciting research projects across diverse fields of study”, there were concerns over the experience of unsuccessful applicants who “spent a significant amount of time developing applications in the hope of receiving a grant to support their research”.

The pandemic had particularly affected female and EMCR researchers in science, technology, engineering and mathematics, it said.

“Spending precious research time applying for grants with a low success rate can be demoralising and exacerbate these issues. It is therefore important that funding bodies offer flexibility and extensions where possible for both grant applicants and recipients and for research deliverables within grants, that recognise the changing impact of the pandemic for these groups.”

Gaetan Burgio, group leader at the Australian National University’s John Curtin School of Medical Research, is one of the researchers calling publicly for a better process, drawing attention to the low success rates.

“Unfortunately, it gives a clear message to Australian researchers that basic research is not a priority,” he said. “Losing all these high-quality researchers in the workforce is really sad.”

A spokesperson for the ARC said the funding body was “committed to continual improvement and streamlining administration of grant application and administration processes”, citing numerous new guidelines and reforms to application forms since 2018.

They added: “The ARC is continuing to engage with the sector and seek feedback on our activities through a variety of mechanisms including webinars, targeted and open surveys, as well as convening working groups that include representatives from Australian universities.”

Writer and researcher Kim Scott, who is of Aboriginal ancestry, received a grant of just over A$1 million to further his work on the Noongar language in Western Australia at Curtin University.

But the allocation of funding for Indigenous research has also drawn criticism.

Bronwyn Carlson, a professor in the Department of Indigenous Studies at Macquarie University, wrote “say it isn’t so” on Twitter when the funding was announced. She claimed the Future Fellowships had “been awarded to settlers doing ‘Indigenous’ research with only one Indigenous researcher being awarded on Indigenous-focussed projects”.

In response, the ARC said Aboriginal and Torres Strait Islander researchers were supported by all its grant schemes, as well as the dedicated Discovery Indigenous scheme.

“Since 2013, $240 million has been awarded for 354 research projects on Indigenous matters across the National Competitive Grants Program. The number of awarded ARC grants identifying an Indigenous focus has increased in recent years from 29 in 2017 to 54 in 2020.”

The Department of Education, Skills and Employment was contacted for comment.