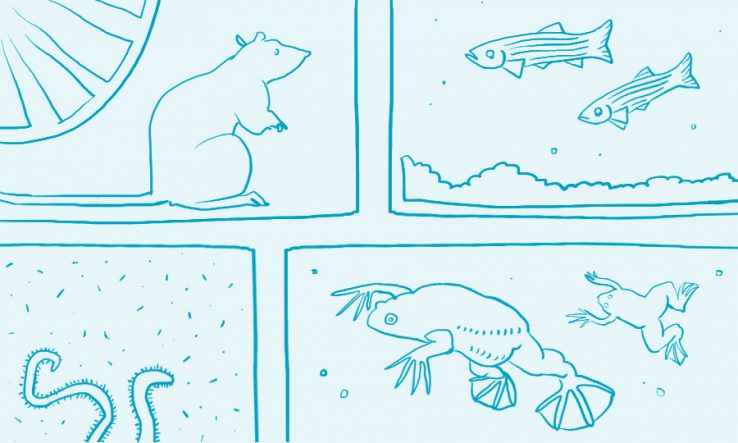 The New South Wales health research system needs more funding to improve training in the use of animals and find ways of reducing the practice, a parliamentary inquiry in the state has been told.

A submission from the Association of Australian Medical Research Institutes (AAMRI) said there should be a national centre “for the replacement, refinement and reduction of animals in research”.

The inquiry is investigating how medical researchers use animals and “the potential public health risks and benefits posed by this research”. It is also looking at possible alternatives and ways to reduce the use of animals, as well as ethical issues and whether the current regulations are adequate.

Submissions have now closed, with 731 received from the public, research institutions and animal welfare groups.

While the AAMRI outlined the benefits flowing from using animals in research, such as insulin therapy, the cervical cancer vaccine and treatments for Parkinson’s disease, other submissions slammed the practice.

The Cat Protection Society’s submission said that “animals are sentient, deserve protection and respect, and to be given the chance to live their best life. They are not disposable; they are not ‘tools’ to be used repeatedly to demonstrate things that are already known; and to any extent that an animal is ever used in research, that use should be demonstrated as necessary.” This view was echoed in many other submissions.

Rachel Smith, chief executive of Humane Research Australia, told an inquiry hearing on 16 May that “a culture of animal use is prevalent within academia, industry and regulatory agencies. This is despite animal models never having been scientifically validated but simply accepted by default.”

The Royal Society for the Prevention of Cruelty to Animals stopped short of calling for animal-based research to be banned, but it said that primate research should not be allowed. “The RSPCA is opposed to the use of animals for research where there is injury, pain or suffering that cannot be prevented or adequately controlled and if the use of animals is not clearly justified,” its submission said.

“The RSPCA is particularly concerned about the use of ‘high impact’ experimental animal models where there are inherent and insurmountable welfare risks, or where the tests or procedures have questionable scientific validity. The RSPCA is also opposed to the use of non-human primates for laboratory-based research due to the extreme difficulty in meeting their physical and behavioural needs in a research environment.”

It also criticised a “lack of transparency”, pointing out that the most recent report on animal use in New South Wales dated from 2019.

The AAMRI argued against further regulation, saying: “It should be noted that in New South Wales the use of animals in medical research is highly regulated by both legislation and national guidelines. This ensures the highest possible welfare for animals, as well as a robust ethical framework that ensures animals are only used when there are no other alternatives.”

Anthony Cunningham, the New South Wales and Australian Capital Territory branch chair of the Australian Academy of Health and Medical Sciences, told the inquiry that the Covid-19 vaccine “provides an important recent example” of the need for animal testing. “The rapid development and rollout of drugs and vaccines would not have been possible without initial testing in animals to establish that they are safe and effective,” he said.

The Australian and New Zealand Council for the Care of Animals in Research and Teaching is hoping to have researchers sign up to an “openness agreement” during its July annual conference. The agreement would commit researchers using animals to reporting their use of animals publicly and engaging in more public discussion about reasons for using animals.

Final hearings of the inquiry are due on 28 June, but no date for a final report has been set. It is chaired by a government MP, with an Animal Justice Party MP as deputy chair.