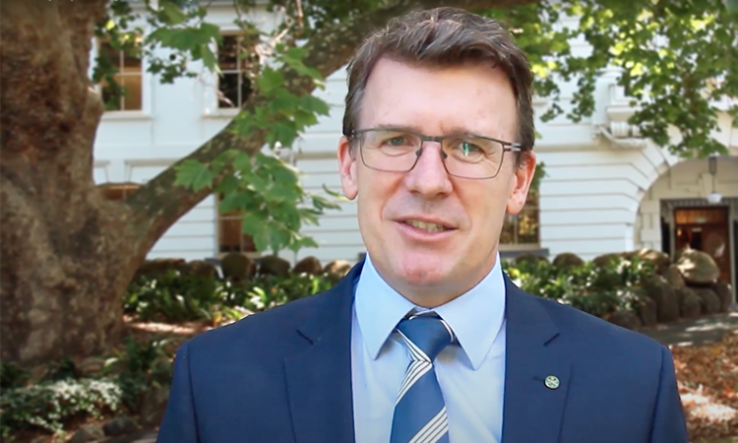 Image: Australian Department of Home Affairs [CC BY 3.0], via Youtube

Australia’s education minister Alan Tudge (pictured) has hinted that it may not be possible for international students to return to Australia in large numbers this year as the global Covid-19 crisis continues.

In an interview with ABC radio on 22 January—his first major statement since taking the job in December—Tudge said that the federal government was still awaiting state-by-state plans. The plans were first requested by former minister Dan Tehan in November.

“Ordinarily, we have about 185,000 students who would cross the borders and come into Australia to start at the beginning of the academic year, and about the same number again in the middle of the year. Now, when we can get back to those types of numbers, I don’t know yet. We’re really taking it week by week and month by month,” Tudge said.

Any student quarantine would have to be in addition to existing places for returning Australians. International education was “about a A$40 billion” industry, Tudge said, adding that overseas student fees supported “brilliant, globally significant research”.

Tudge said that by the end of 2020, overseas student enrolments were down by only about 5 per cent. However, those figures did not cover ongoing enrolments into 2021 or first-year enrolments this year.

A study last year by the University of Melbourne’s centre for the study of higher education modelled the ongoing effects of revenue losses and found that keeping travel bans for all of 2021 would result in a 55 per cent loss of international student income compared with 2018, along with ongoing effects until 2024 as the smaller cohort progressed through university. This “pessimistic” scenario would lead to a shortfall of A$4.6bn over five years, industry-wide, it said.

Several universities contacted by Research Professional News this week were unable to give figures on the level of first-year overseas enrolments. RMIT University said that new international students were down by about a quarter on 2020, but its Vietnam-based campus enrolments were up.

New students who would be based at Australian campuses are only able to commence online, pending permission to travel.

Tudge has previously suggested a “vaccine passport” system for incoming students who have been immunised, as a way of avoiding quarantine. But Paul Kelly, Australia’s chief medical officer, has said that vaccination is not yet an alternative to quarantine.

Earlier in January, Victorian premier Daniel Andrews said it was unlikely that students would return to the state in large numbers this year, despite international education being the state’s “biggest export”.

Phil Honeywood, chief executive of the International Education Association, said on Twitter that international education had been “let down” by Andrews’s statement. Students responded online with pleas for new rules and help for those stranded outside the country as well as those still in Australia.