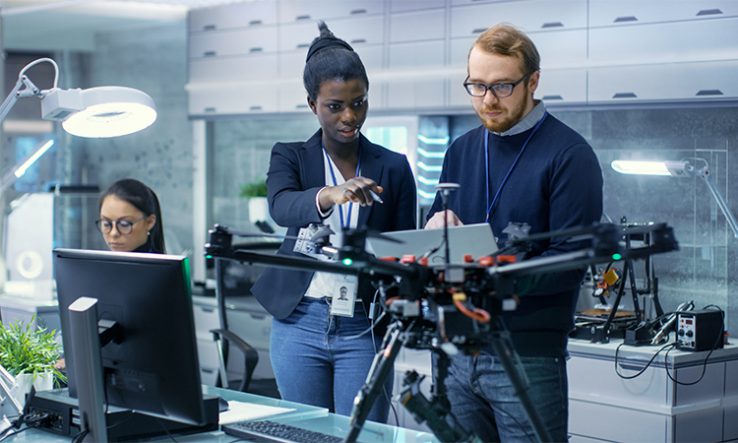 Research in Australia should not become collateral damage in the government’s defence of national security, universities and research bodies have warned.

An inquiry by the Parliamentary Joint Committee on Intelligence and Security into “national security risks affecting the Australian higher education and research sector” is due to report back to home affairs minister Peter Dutton in July.

In a submission to the inquiry, the Australian Academy of Science warns that Australia’s national security framework should not disrupt engagement with international research collaborations. It is “essential” that the framework “remains proportionate and evidence-based, and that it continues to encourage positive scientific engagement with other nations’ researchers”, the academy says.

Its submission states: “A national security apparatus that hinders international scientific exchange would have severe impacts on national productivity and prosperity.”

The inquiry was prompted by mounting concern over the extent of foreign influence over Australia’s research, with much scrutiny of the links between universities and the Chinese government through a number of Confucius Institutes at higher education institutions.

In November, Dan Tehan, education minister at the time, held back funding for 18 research projects in the Australian Research Council’s latest round of Discovery grants, citing security concerns. And last month, a foreign relations bill was passed that gives the government the power to scrap agreements made by universities with foreign governments if they are deemed to compromise Australia’s interests.

The Australian Security Intelligence Organisation, in its submission to the inquiry, says that some researchers and their families have “been threatened, coerced or intimidated by actors seeking to have their sensitive research provided to a foreign state”. Some universities, meanwhile, “have been threatened through financial coercion should critical research continue”. It adds: “We are aware of instances where academics have self-censored their course material in order to avoid adverse outcomes such as cuts to foreign funding or threats from individuals who may be linked to a foreign government.”

The vice-chancellors’ group Universities Australia is calling for a proportionate approach and argues that the University Foreign Interference Taskforce, established in 2019, should “be regarded as the primary mechanism, distinguished by its genuine partnership approach between government and universities, to bolster the defences of Australian universities against foreign interference”.

Its submission adds: “International engagement for Australia is not an optional extra but a necessity to ensure that we continue to prosper both economically and socially.”

The Innovative Research Universities group, in its submission to the inquiry, accepts that “there is a real risk of undue foreign influence, foreign interference, data theft and espionage”. But it adds: “Universities are subject to an increasing amount of law and red tape relating to the issues under investigation by this inquiry, with no apparent coordinated approach across government.”

The inquiry should “lay to rest concerns that funding from foreign governments for specific centres, projects or education programmes is not subject to sufficient scrutiny”, according to the submission. It warns against “applying a ‘fortress Australia’ mindset to research” and adds: “Only a tiny number of international partnerships come with any risk to Australia’s national security…the vast majority have no national security implications.”

The Group of Eight research-intensive universities warns of the “risks to our nation’s economic and societal future if Australia as a nation, with the best of intent, overreacts”. Its submission, made last month, says: “As Australia’s leading research-intensive universities, with extensive international connections, the Go8 universities are very aware of potential for foreign interference and apply significant due diligence measures around international engagements.” However, existing policies and laws are “patchy and inconsistent and represent an overlapping and confusing maze, which is difficult to navigate.”

Science and Technology Australia’s submission to the inquiry says that the existing regulations and oversight come at a cost, creating “a significant amount of reporting and red tape for researchers and research organisations. Every dollar spent complying with oversight reporting obligations is a dollar not spent on investment in new science and technological breakthroughs.”

It concludes: “STA recognises the importance of protecting Australian research from foreign interference. It is also important to recognise the benefits that Australia receives from engaging in the global science and technology sector.”