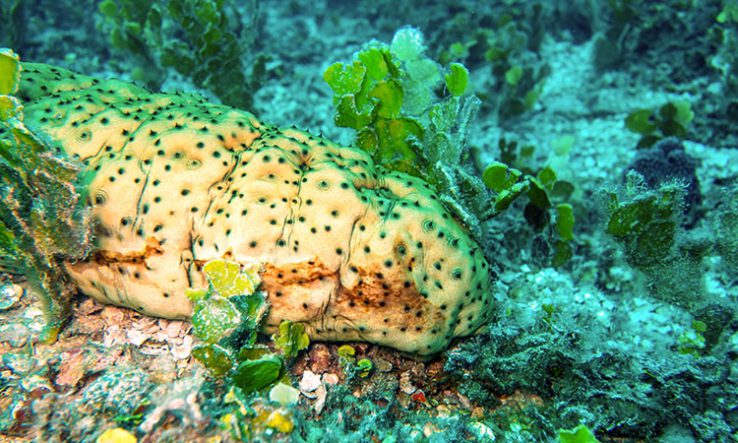 Ocean researchers at Queensland University of Technology have said that the Covid-19 pandemic opened up an opportunity for them to conduct research on the floor of the Great Barrier Reef in 2020.

Marine geoscientist Mardi McNeil and her colleagues were able to carry out the research because of cancellations on the research vessel RV Falkor due to the pandemic. The vessel is operated by the Schmidt Ocean Institute, a not-for-profit body in the United States that supports ocean research, including by providing regular cruises on the RV Falkor. The vessel is equipped with extensive dive, recording and other scientific equipment.

The cancelled Australian missions had involved international researchers who were unable to travel.

“It was all put together at very short notice—usually these things take years in the planning,” McNeil said in a video released online. “But in this case it was an opportunity and we managed to put together a plan and a small handful of scientists that were Queensland-based.” Border closures meant that nobody from other states could join.

“The crew have all had to deal with quarantine issues and what have you, which we haven’t because we’re all based in Queensland.”

Conducting three research trips in 2020 had “really been a remarkable feat”, she said. “We, as the scientists involved, are eternally grateful. The data that we’ve collected on this cruise will keep us going…for many, many years to come.” Publications from the trips are yet to be released.

On 2 March, McNeil and others published a paper in the journal Nature Ecology and Evolution, outlining biodiversity in the “Halimeda algal habitats” of the reef, drawn from other work.

The habitats are 10,000-year-old, 200-metre-wide, doughnut-shaped structures on the sea floor, made up of the limestone skeletons of green algae.

McNeil said: “There’s a lot of interest about the coral reefs but we can’t forget that there are other habitats within the Great Barrier Reef that are also potentially going to be impacted and we’re only just finding out what they are, where they are and what lives there.”