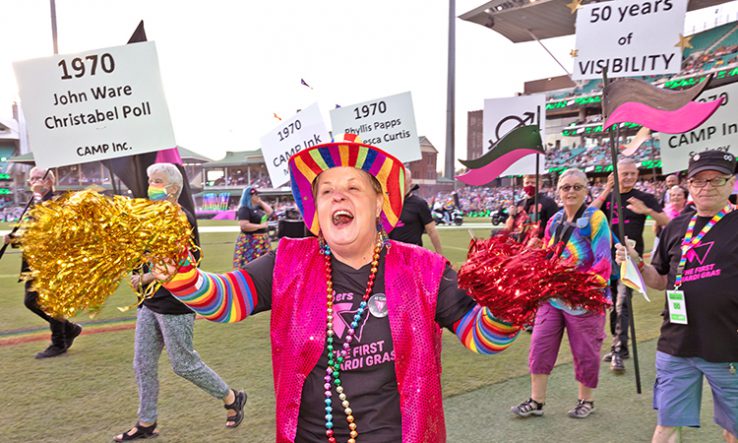 Health researchers should engage more closely with the research expertise in the lesbian, gay, bisexual, trans, queer and intersex communities, a national health research seminar has been told.

Rachel Deacon, a member of the ethics committee of the Sydney-based Acon health collective, said that “people shouldn’t be excluded [from research] because they’re not thought about or it seems too hard”.

The seminar was run by Acon and the e-learning centre at the University of New South Wales’s national drug and alcohol research centre on 3 June. Acon has been working in health research in New South Wales since 1985.

Its members include experienced researchers and people from LGBTQI communities.

Deacon said the ethics committee considered proposals monthly and usually gave feedback on issues of consultation and language use, especially when subjects were being recruited and in the design of studies and the interpretation of results.

“We want ads to be really inclusive,” she said, and study parameters need to be explicitly stated. The safety of participants is also a factor.

Deacon said that consultation by researchers needed to be “meaningful, not just ‘phone a friend’”, and must draw on community expertise. “We do intend to improve the project without discouraging applicants too much,” she said. “Declining outright is pretty rare.”

Jack Freestone, an Acon member and PhD candidate at the Kirby institute at the University of New South Wales, said that most routine health data capture processes were not “capturing our community”.

“So research really steps into that gap to tell us what works. We need research to be adequately including sexuality and gender-diverse people, so we can understand what works for our populations.”

National data show that “lesbian, gay and bisexual Australian adults use alcohol and drugs at elevated rates compared to the rest of the population”, he said, but data on gender identities within that are lacking.

Panel member Teddy Cook said that “research around trans people has been heavily stigmatised” and that they “experience tremendous barriers to…healthcare”. He pointed to statistics showing that around 75 per cent of trans Australians had suffered harassment in the previous 12 months.

“Good research for trans people isn’t just about getting the demographics correct,” Cook said. He is acting director of community health at Acon, a lecturer at the Kirby institute and vice-president of the Australian Professional Association for Trans Health. He urged health researchers to consider, as they were designing their research, whether they believed that there were only two genders.

Cook pointed to the 2020 release of an Australian Bureau of Statistics set of standard questions for establishing gender identity. This includes a question about current identity and another about the gender the person was assigned at birth. The 2021 Australian census, to be carried out in August, will give respondents the option of identifying as male, female or non-binary, but it will not gather data on other identities.

Cook helped develop the TransHub site, which offers information to trans people as well as health providers and researchers.