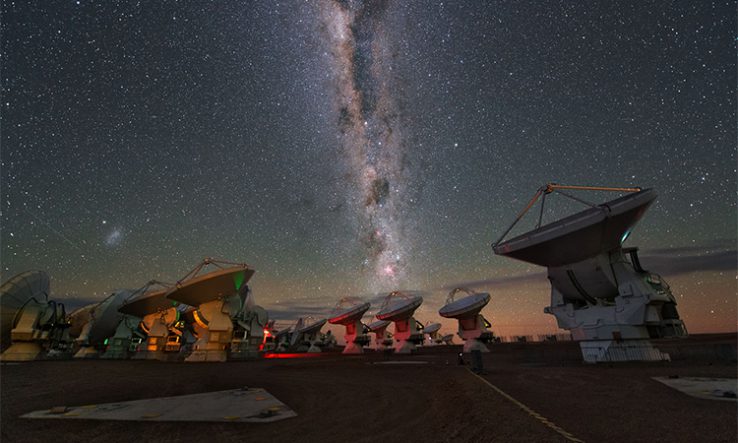 A cyberattack has shut down work at the European Southern Observatory’s Alma telescope in Chile, preventing researchers from using it to observe the early universe, at least temporarily.

The Atacama Large Millimeter/submillimeter Array (Alma, pictured) is one of the world’s most important research telescopes, and is designed to study light from some of the universe’s oldest and coldest objects. But the network of 66 antennas up to 16 kilometres apart has collected no data since a 29 October attack forced it to suspend operations.