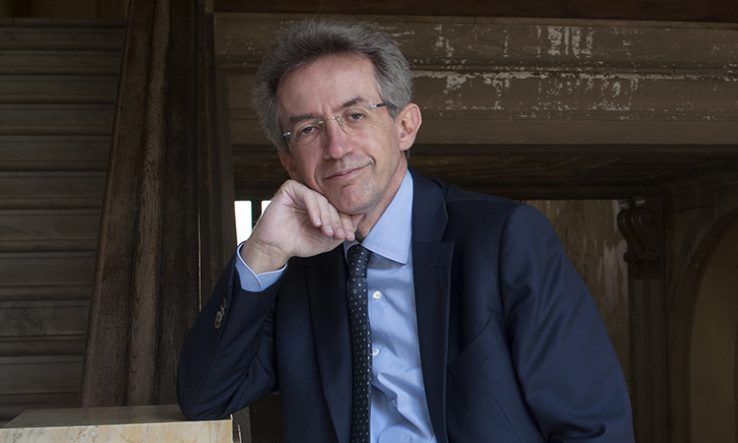 Italy’s research minister Gaetano Manfredi has outlined plans for the sector—from building up infrastructure to cutting red tape—as he announced the allocation of €700 million to one of the country’s main funding schemes.

At an event organised by Research Professional News on 1 October, Manfredi said this year’s PRIN funding scheme will open towards the end of October, and will distribute more than €700m over the years 2020, 2021 and 2022.

Manfredi previously outlined plans to boost the PRIN fund—which in recent times has been both late and modest in the years where it went ahead. The scheme supports a variety of bottom-up research with an aim of strengthening the Italian system.

This is just one part of a plan to revitalise the nation’s research base, Manfredi said. “Italy needs a strategic vision with research at its centre.”

He said the strategy must fit with the overarching European Union strategy, while playing to Italy’s strengths.

“The Italian research community is very small, and it really cannot afford to be divided. We need to respect everyone’s autonomy, but we need to find a way to work together as a system,” said Manfredi, who took up his role in January. “This requires a climate of collaboration, which I am currently seeing.”

Manfredi said research has been made one of six pillars of a national strategy to recover from the Covid-19 crisis, which the government announced in June.

Money from a post-pandemic recovery fund will be used in part to strengthen Italy’s research infrastructure, which is seen by many top researchers in the country as essential to stem ‘brain drain’ of talent to other countries and to attract leading minds from abroad.

Manfredi stressed the importance of transparent governance for such infrastructures, to ensure access to the scientific community based on the quality of their proposals in an open and competitive fashion.

He also insisted that increasing financial resources for researchers must be coupled with simpler regulations.

“Finding money is easier than simplifying the rules, but this is one of the great battles I am willing to fight,” he said, citing cumbersome rules for procurement and financial reporting for the public sector.

“I am currently working on the establishment of a special regime for the research system, and I am moderately optimistic on its approval,” he said.

Manfredi also sought to reassure those who have complained about pressure to limit research on animals.

“We are working on it,” he said, “and also on simplifying the use of data for research, of course in compliance with GDPR regulations.”

He also said he is pushing to increase multidisciplinarity and flexibility in the structure of new university degrees.

At the same 1 October meeting, the head of the technical secretariat of MUR, Filippo de Rossi, said: “We are at the beginning of the road, and a lot remains to be done, but we feel we managed to rebuild a scientific community, by involving many of them in the definition of the National Research Programme, that will define the strategy for the next seven years.”

He said the ministry is also working on polishing the public image of scientists: “We want the public opinion to fully understand the importance of research.”

Rosario Rizzuto, rector of University of Padua and member of the Conference of University rectors in charge of research, expressed enthusiasm for the vision presented by Manfredi at the event.

“This medium-term programme is exactly what the system of academia and research has been asking for,” he said.