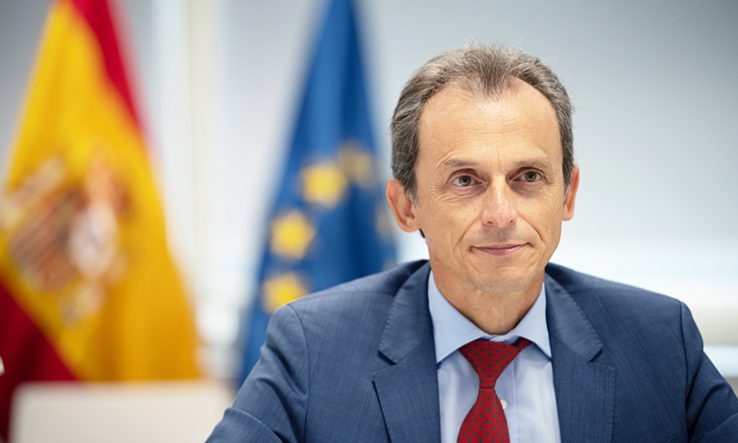 On 1 June 2018, Spanish politicians brought down the country’s government via a vote of no confidence. The following day, former astronaut Pedro Duque (pictured) was asked by the head of the new transitional government to become minister of science, innovation and universities.

“I had no idea I was going to be offered the job—the main feeling was shock,” Duque tells Research Europe. Three years on, efforts Duque has led to reform Spain’s R&D system, such as increasing spending and improving working conditions for researchers, may be starting to bear fruit.

The intervening period has not been easy, but the reforms could bring about lasting improvements, provided Duque can secure broad support from a political system whose divided and fractious nature is what landed him his role.

Duque may have been a political newcomer, but from earlier roles he was familiar with the problems undermining Spain’s R&D sector, which had been calling for change for years.

With a degree in aeronautical engineering, Duque began working for the European Space Agency in 1986 and in 1998 became the first Spaniard to go to space. Subsequently he moved between academia, industry and Esa, including as head of operations at a centre of the Polytechnic University of Madrid that specialises in space science and technology.

He says he did not hesitate to accept the role of research and universities minister, when it was offered under the Spanish system that mixes elected politicians with political appointments. The job was subsequently split into two positions, leaving him in charge of research and innovation. “I felt a very strong pang of responsibility,” he recalls.

But politics did not come easily: “I had to learn how to introduce a new law in parliament, how to change ways that have been engrained for so many years.”

Duque has also had to learn patience. Spanish law does not allow legal changes once an election has been called, and two took place in 2019, resulting in frustrating holdups for his plans.

“More than half of the months in 2018 we were unable to make any changes and obviously 2020 has been a really hard year,” Duque says. In the interim, he needed to run as an MP before being renamed research minister. “I had to do a political campaign, which I thought I would never do in my life.”

Despite these handicaps, Duque believes he is now making headway. In December 2020 his ministry unveiled what it said was a “historic” boost to its R&D funding—a 59 per cent increase over the previous year, for a 2021 budget of €3.2 billion. Spain’s 2021-27 strategy for science, technology and innovation aims to almost double public and private investment in R&D, bringing it to 2 per cent of the country’s GDP in 2027 from the current 1.25 per cent.

This would still be below the EU average of 2.19 per cent of GDP.

These budget boosts, long sought by the sector, are just one part of the reforms Duque is working on. If all goes to plan, he says Spain will also introduce a new way of hiring scientists for permanent positions at state research organisations, drawing it “as close as possible” to the tenure track system already in place in many countries in the world.

“We need to start being a country that is attractive to talent,” says Duque, adding that Spain must also be a “bigger contributor” to EU-wide research. His ministry has begun what it describes as “an intense schedule of conversations with scientific associations, innovative companies, and labour unions in order to reach an agreement on the proposed changes”.

But the government has already started trying to shore up career prospects for scientists. On 23 February it pledged to allocate €34 million to extend the contracts of researchers affected by the Covid-19 pandemic. Duque told Spain’s parliament that the earmarked funds would help the “most vulnerable”, referring to “more than 3,000” young researchers.

While he says Covid-19 has slowed his ministry’s progress somewhat, he also credits the pandemic with drawing attention to the need for excellent research. “It’s time for science now—that’s clear,” he says.

Another strand of his reforms will target technology and knowledge transfer, by seeking closer collaboration between central and regional governments and institutions, and changing incentives to engage in such activities by, for example, giving researchers and institutions a bigger share in the profits. “These can be small changes but can have a profound effect,” Duque says.

Duque says the current government is doing as much as it can. “Between what we found in 2018 and what is the maximum possible in terms of legal and budgetary limitations, we’re much closer to what’s maximally possible—in the reform this year we’re getting much closer.”

In response to calls from the sector, he wants to ensure subsequent governments provide at least the same level of funding as the current administration, by securing a commitment that no government will lower Spain’s R&D budget until the country is aligned with EU objectives for 2030, spending 3 per cent of GDP on R&D.

“This has been done in many countries and I think it’s totally reasonable,” says Duque. He is “totally confident” of winning approval from Spain’s Council of Ministers to pass the commitment into law, “hopefully this year”.

According to Duque, the reforms have been getting “very good feedback” from the research community.

“I think they’re largely on board, although obviously, coming from a full decade of wrongdoing from [past governments] of reducing budgets, neglecting calls for help, they are—as I would be—very sceptical,” he says, conceding that “we haven’t tackled all problems that the full decade has brought”.

Stuck on the launchpad?

While academics Research Europe spoke to largely praised Duque’s efforts and the direction of travel, they want to see real change.

Speaking as a member of the Spanish rectors’ conference, Rafael Garesse, rector of the Autonomous University of Madrid, says that among Duque’s “most remarkable achievements” were securing a general political agreement to bolster R&D, getting the national R&D plan approved and delivering a “modest increase” in spending.

But Garesse says that, on the ground, “few changes have been introduced so far, and science in Spain faces the same difficulties: an excess of bureaucracy, a very high average age of scientist and academics, underemployment of young generations or extreme underfunding, only to mention a few”.

Neus Vidal Barrantes, a professor of psychology who has served on government-convened committees in her field, says that “the budget has notably increased this year for regular R&D projects, but there are still important ‘black holes’”.

She sees the distribution of funds for staff, such as the split between predoctoral training and PhDs in her field, as a “major flaw”, although the government has defended its funding splits.

Marcel Swart, director of the Institute of Computational Chemistry and Catalysis at the University of Girona, is more satisfied. “More money has become available, there is more activity in preparing Spain-based researchers for applying for European funding, and some changes were made to synchronise the actual funding cycle with the evaluation procedures.”

Still, Swart fears changes to national grant deadlines intended to reduce the length of time between applications and allocations and to ensure allocations cannot be delayed by late agreement on the national budget could result in the loss of a year of funding if the government changes hands. This is another complaint the government disputes.

Despite the government pushing back on some of the specific criticisms, Duque is more accepting, especially given the situation prior to the reforms.

“Every time we do something there are a few people who are very vocal and say this is not enough, and certainly I understand—it is not the whole set of reforms the system needs,” he says.

With reforms or rockets, launching something is sometimes the easy part. But Duque has plotted a trajectory for Spanish research to what many believe may be a healthier future.

To the ministry… and beyond

April 2019: Announces ministry will increase Spain’s contribution to European Space Agency by about a quarter between 2020 and 2026