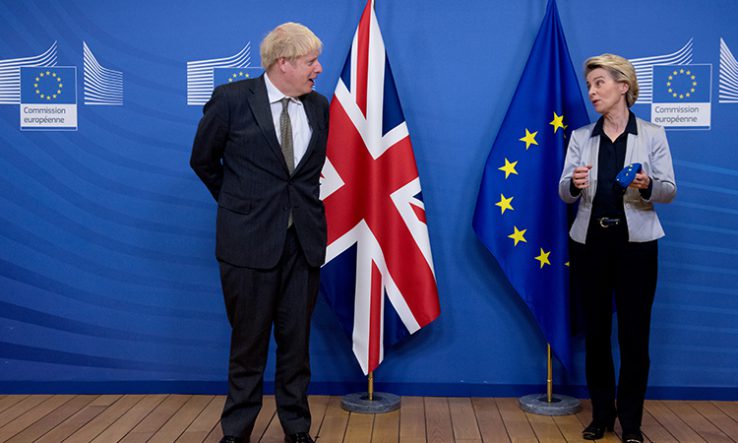 The European Commission has introduced measures to speed up the regulatory approval of Covid-19 vaccines in the EU and block their export, risking strained relations with industry and governments as it attempts to put the bloc’s vaccination programme back on track.

On 24 March, the Commission announced legislative changes intended to help companies move faster on vaccines to tackle emerging Covid-19 variants. Under the proposals, which will be scrutinised by MEPs and national governments, companies would be allowed to submit less data when filing for authorisation requests from the European Medicines Agency.

On the same day, the Commission said it was introducing new criteria for when it considers whether to allow vaccines to be exported from the EU. Under changes that will come into effect on 26 March, recipient countries’ reciprocity in exporting vaccines to the EU and the pace of their vaccination programmes relative to the EU’s will be considered.

“Member states and the Commission should assess whether the requested exports do not pose a threat to the security of supply of vaccines and their components in the EU,” said the Commission. Vaccination in the EU has been patchy, with 21.5 per cent of adults in leading country Malta having received their first dose as of 21 March, but only 5.2 per cent in lagging Bulgaria.

The legislation underpinning the export criteria will also be applied to 17 countries that have been previously exempted from it, such as Norway and Switzerland. But it will not affect humanitarian aid, including to 92 low- and middle-income countries listed under the Covax facility for equitable access, the Commission said.

Commission moves to tighten up on vaccine exports provoked a warning from the European Federation of Pharmaceutical Industries and Associations, which said they “would risk retaliatory measures from other regions, putting the import of manufacturing materials needed to produce Covid-19 vaccines for EU citizens at severe risk”.

“To take any measure that could be perceived as ‘vaccine nationalism’ at this critical moment would put this remarkable progress in severe jeopardy,” Efpia said on 23 March.

The Commission’s moves on exports have been widely interpreted as being aimed primarily at the UK, with which the bloc has been arguing for weeks over access to vaccines produced by AstraZeneca.

After days of intensifying rhetoric from the Commission and the UK government led by prime minister Boris Johnson (pictured, left), the two put out a joint statement on 24 March saying they had been discussing “what more we can do to ensure a reciprocally beneficial relationship” and would continue those discussions.

“Given our interdependencies, we are working on specific steps we can take—in the short-, medium- and long term—to create a win-win situation and expand vaccine supply for all our citizens,” they said.

Heads of EU member state governments are meeting virtually on 25 and 26 March as the European Council, with Covid-19 on the agenda for discussions.

Council president Charles Michel said in an agenda outline that speeding up vaccination across the EU would be the “top priority” on Covid-19.

“To this end, the ongoing work to boost vaccine production, increase vaccine deliveries and ensure more transparency and predictability of supplies should be intensified,” he said.