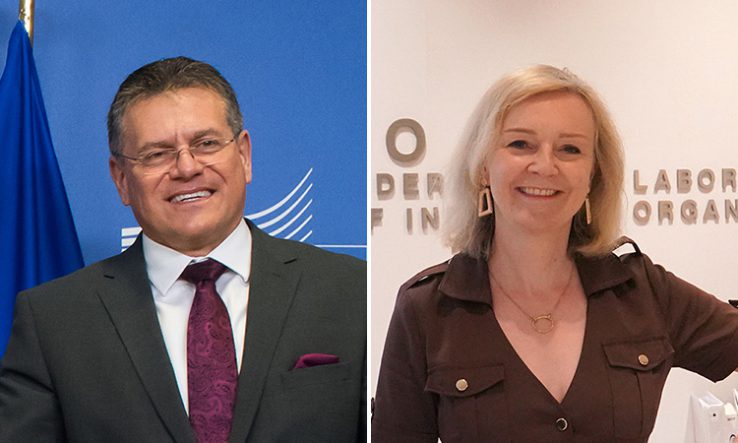 The director general of the trade association Business Europe, Markus Beyrer, has written to the chief negotiators on the EU-UK trade agreement, asking them to find common ground so the bloc and country can resume their cooperation on activities including research.

His letters come more than a year after the EU and UK agreed the terms of their future relationship, but with the two sides still locked in dispute over its implementation. This has led to the European Commission refusing to formalise UK association to the EU R&D programme, Horizon Europe.

Association grants non-EU countries access to the programme on almost equal terms with EU member states. UK-based researchers have been able to apply to the €95.5 billion programme since its 2021 launch, but they are as yet unable to receive funding from it because the UK association has not been completed.

This has prompted the UK government to pledge to provide any funding won in the meantime by UK-based researchers, but researchers are worried that their funding and collaborations might nevertheless be disrupted.

In his 4 January open letters to Commission vice-president Maroš Šefčovič (pictured left) and UK foreign secretary Liz Truss (pictured right), Beyrer said Business Europe was “concerned about the tensions around implementation of the Protocol on Ireland and Northern Ireland”, which the Commission has referred to as a reason for delaying the UK association to Horizon Europe.

“We welcome the ongoing talks between the EU and the UK and call on both sides to strive for a solution that stabilises the relationship and avoids further friction,” Beyrer said. “Unilateral actions should be avoided. This is a complex and sensitive issue that requires goodwill from both partners to come up with arrangements that work for everyone.”

Beyrer listed participation of UK researcher in Horizon Europe as one of several areas that he said were key to the competitiveness of EU and UK businesses, and in which he said deeper cooperation was needed. Other areas he listed included data flows, the mobility of workers and mutual recognition of qualifications.

His letters came as media reported that Šefčovič and Truss will meet for talks in the UK next week. Truss became the chief UK negotiator in December, after her predecessor resigned citing “concerns about the current direction of travel” on Brexit, among other things.

Academic leaders in both the EU and UK have repeatedly urged the negotiators to reach a solution that will enable the UK to associate to Horizon Europe.

In a statement published in December, Jessica Corner, pro-vice-chancellor for research at Nottingham University in the UK, said: “It is frustrating that association with Horizon Europe has yet to be formally signed off by the European Commission and that scientific cooperation has become entangled with wider disputes over the Northern Ireland Protocol.”

She added: “Being able to participate on a level playing field and as an equal partner with fellow European research institutions is tremendously important. We will continue to lobby for this and stress the importance of fellowships, collaborations and engagement with Europe, while urging our researchers to continue to open up new conversations and be alert to such opportunities.”