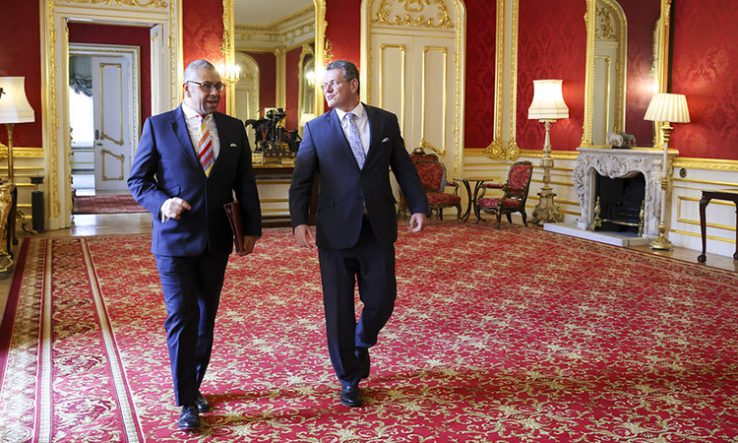 The EU and UK have reported making a breakthrough in the post-Brexit trade dispute that has left UK-based researchers locked out of the bloc’s R&D programmes.

During a “constructive and cordial” meeting between the two sides on 9 January, UK foreign secretary James Cleverly and European Commission vice president Maroš Šefčovič (pictured left and right respectively) reached an agreement on a specific issue that they said in a joint statement was “a critical prerequisite to building trust and providing assurance, and provided a new basis for EU-UK discussions”.

The specific issue was on the EU’s access to UK IT systems, in particular around trade involving Northern Ireland and ensuring that it is in accordance with the 2020 Brexit agreement.

The new basis for discussions could be a good sign for the UK’s hopes to associate to the EU’s Horizon Europe R&D programme, its Copernicus Earth-observation programme and its Euratom nuclear research programme. Association has been delayed for two years due to the trade disagreements.