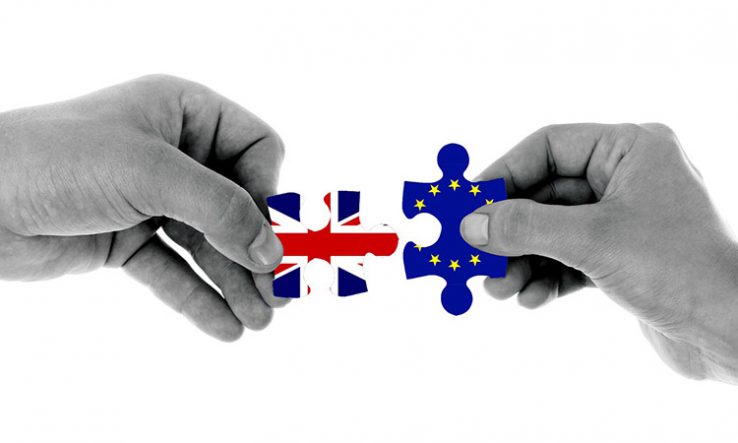 UK and EU negotiators are meeting this week for the fifth round of post-Brexit talks. After many hours of discussion, it’s crunch time for whether or not the UK takes part fully in the EU’s next major research programme—and whether the EU’s offer will lead to an agreement.

Participation in Horizon Europe and other programmes has featured in every stage of the discussions so far. In principle, that’s encouraging. Both sides seem to recognise the importance of full UK association. This was restated in the R&D roadmap published by the UK government earlier this month.

But good intentions are not enough. As things stand, there’s a strong chance that an agreement on Horizon Europe will not emerge.

As a research community, we’ve spent the past four years making general, high-level statements about the importance of international collaboration. We know that knowledge and discovery do not stop at borders. We know that global challenges such as pandemics and climate change require joint solutions. We know that collaboration through the EU framework programmes is a springboard to partnerships across the world.

Now it’s time to get down to the nitty-gritty of what kind of deal is going to fly.

Today, the Wellcome Trust and Universities UK release a joint statement together with more than 100 organisations and individuals across the UK and Europe, setting out where compromises could be made on both sides to tackle the major sticking points.

The biggest stumbling block addressed in our statement relates to the UK’s financial contributions. The UK needs to accept that it will no longer be a net beneficiary of the programme—but equally, the EU cannot expect large economies to gamble so much on association.

The EU has proposed a one-way correction mechanism to ensure that non-member states cannot win more than they put in. There needs to be an equivalent safety net in the other direction. Without a two-way adjustment mechanism, estimates based on UK success rates suggest that the intangible, non-financial benefits of association could come at a net cost of several billion pounds across the programme’s lifetime.

Those non-financial benefits, such as access to networks and infrastructure, are well worth paying for, but it doesn’t make sense to claim that their value is limitless. The UK Treasury will find this very difficult to justify as it stands.

Would any country take such a big gamble on its success rate? Horizon Europe was intended to be open to the world, but without an offer that could entice countries such as Canada, Australia and Japan—alongside the UK—the programme will be no more ambitious than its predecessor. Cuts to the proposed budget for Horizon Europe are already a worrying sign of shrinking aspirations.

The UK must also make compromises. It’s reasonable for EU institutions to have a role in overseeing how programme funds are spent. This will have no impact on UK laws—we can’t find a single instance of the European Court of Justice getting involved in disputes between researchers. It should be easy to accept that this is how this kind of collaboration works, just as countries such as the United States do, and that it’s only relevant to those taking part in the programme.

It also makes sense for an agreement on Horizon Europe to include references to mobility—what’s the point of associating if you can’t commit to enabling collaboration through immigration rules?

The UK’s global talent visa already puts a lot of the necessary infrastructure in place, so any quibbling on this point would be a waste of energy. Accepting the value of joining the programme means accepting the things needed to support its functioning.

The strength of feeling across the research community in the UK and Europe sends a clear message to negotiators. A landing zone for this agreement exists—it’s time to get on it.

We’ve been playing this game of association football for years now. The next few weeks will determine whether Horizon Europe remains the Champions League and whether the UK will get to play in it.

Beth Thompson is head of UK and EU policy and advocacy at the Wellcome Trust. Vivienne Stern is director of Universities UK International.