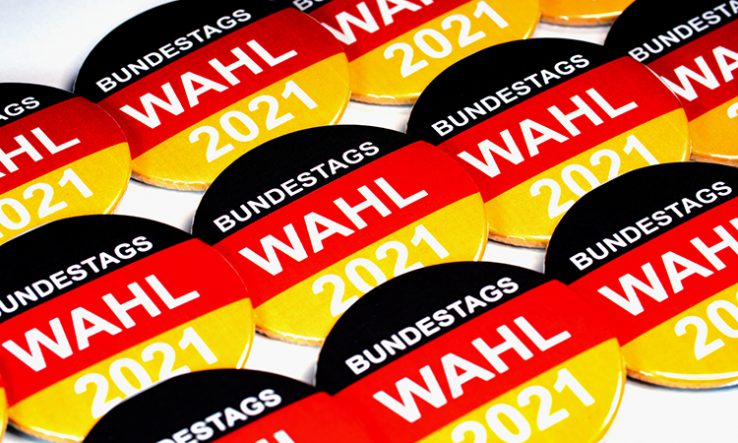 In many respects, Angela Merkel leaves German research and innovation in good shape. Her 16 years as chancellor have seen strong and consistent growth in R&D spending, in contrast to previous administrations and most other European countries. Her oft-discussed background as a quantum chemist has also made her knowledgeable of the research world.

But in other senses Merkel has fallen short. In particular, while her governments have talked a lot about research missions, the UN Sustainable Development Goals (SDGs), climate change, decarbonisation and so on, there has been little action to match the talk.

The German research and innovation system, both public and private, is relatively independent from central government. On climate change, for example, the utilities that run the energy system, public research funders such as the DFG, research-performing organisations such as the Fraunhofer Society, and large universities, are strong institutions with a critical role.

Even so, federal government can wield soft power, setting strategy and agendas, and coordinating and targeting investment. And, in some areas, Merkel’s governments did make agenda-setting efforts, such as the German High-Tech Strategy. The strategy’s first two phases, running between 2006 and 2013, were rather corporatist efforts to coordinate more-or-less existing streams of public and public-private R&D between and within ministerial departments.

Since 2014, new actors have been included, at least at the project level, in an effort to boost the strategy’s legitimacy. Even so, incumbent corporations remain dominant and new participants have struggled to make an impact.

Germany’s well-funded, multipolar domestic research base has made it a relatively reluctant player in EU research policy, even as it has won more grants under the bloc’s Framework programme than any other member state. Germany did not use its 2020 EU presidency to push back against budget cuts to Horizon Europe, for example. And the High Tech Strategy, and similar efforts, have not been coordinated with or even embedded in European and international alliances to tackle sustainability challenges.

What now? Will the next government make the talk of system transformation a reality? This will depend on the makeup of the new coalition, of course.

It seems likely that both the Greens, with 118 parliamentary seats, and the Liberals, with 92, will be part of a new government, led by the Social democrats (206 seats) or, less likely, the Christian Democrats (196 seats).

Greens and Liberals agree that public support for research and technological innovation, in particular digitisation, is crucial. Yet the Liberals would resist setting the thematic direction of research and innovation while also pushing publicly funded research organisations such as the Fraunhofers to collaborate more with industry—even though a great deal of such collaboration already happens.

The Greens’ election manifesto, on the other hand, insisted that “free basic research, directed by curiosity and the pursuit of knowledge…must be adequately safeguarded alongside applied research to meet major challenges faced by society”. Despite this, a Green federal minister for research would be sure to guide public and private innovation activity and investments to address climate change.

The Greens and Liberals might align. Currently, the Liberals are courting the Greens with a ‘3D’ narrative: digitisation, decarbonisation and demography. Neither the Social Democrats nor the Christian Democrats have a plan for research and innovation, so a coordinated Green-Liberal strategy for a digital and ecological transformation could make a difference.

Whether it did so would depend on the new coalition’s willingness to continue Merkel’s strong financial investment in research and innovation. Interestingly, both the Liberal leader Christian Lindner and Green co-leader Robert Habeck aim to become federal minister of finance.

In any case, a key issue for the next German government—and for Europe in general—is obvious: public and private actors in research, technology and innovation, be they universities, ministries and their agencies, or utilities and other controllers of infrastructure, must be enabled to respond to the technological leadership of China and the US, while also moving towards the SDGs and a climate-neutral economy and society.

So far, too many of these critical actors have remained complacent, inert and slow, and policy has failed to notice, let alone react, to this failure.

Stefan Kuhlmann is a professor of science, technology and society in the Department of Technology, Policy and Society at the University of Twente, the Netherlands