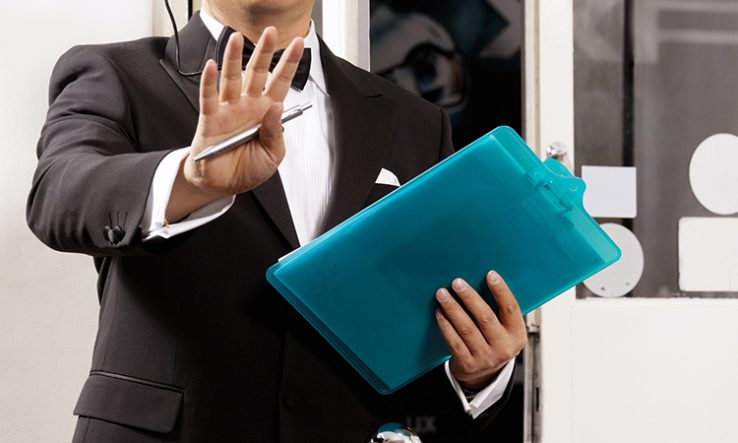 The average research grant in South Africa, excluding strategic and infrastructure investments, is approximately 146,000 rand (€8,500). In 2021, the average charge for publishing an open-access research paper was nearly €1,600. High-impact journals charge far more: €9,500 at Nature, for example.

Here, in a nutshell, is the inequity of the financial model of open-access publishing. As currently constituted, publishing charges are stifling research capability and progress, as well as the career progression of researchers in low- and middle-income countries, and preventing a full transition to open research.

We need to move towards a globally agreed payment system for academic publishing services that is fair, equitable, transparent, and does not require the author to pay. In this article, we sketch the outline of such an alternative payment system.

Academic publishing’s transition from traditional pay-to-read subscription to open access shifts payments from readers to producers. Subscriptions for readers are typically paid by libraries, while producer costs are often directed to authors or their funders.

Subscriptions give readers access to a journal, or bundle of journals, as a unit. By contrast, open-access payments usually take the published article as a base unit. Most so-called gold fully open-access journals meet the service costs of an individual article via an article processing charge (APC). In transformative agreements, which seek to shift subscription journals to open access and are also known as read-and-publish deals, the eventual cost per article can be calculated by dividing the price of the deal by the number of articles covered by the contract.

Transformative agreements have an advantage over APCs in that they are not author-facing, but both models ultimately involve a specific price per article. While a price-per-article model is by no means the only possible financing mechanism for open-access publishing, it is likely to remain the dominant one for the foreseeable future.

A pay-per-article publishing model raises issues of regional and global equity. In Europe, the implied price per article in transformative agreements varies from one country to another, based on no rationale other than historical subscription spending. Globally, APCs for individual open-access articles are identical for customers from Norway to India, irrespective of their income levels.

This is a peculiar and possibly unique global pricing model. The local prices of products and services with a global reach—think of medication, soft drinks or cinema tickets—typically vary with local purchasing power. They cost what the market can bear. Even old-fashioned subscriptions take local purchasing power into account, leading to differentiated prices for the same service.

It is unclear why APCs and transformative agreements are not priced as a function of what local markets can bear. The consequence, however, is stark: for the most part, researchers and institutions based in lower- and middle-income countries simply cannot afford either of these pay-per-article models. While some of these countries have negotiated cost-neutral transformative agreements, it is not clear whether these are equitable in terms of local purchasing power.

In much of the world, the money is not there to pay APCs geared to the richest nations—especially as APCs have consistently risen faster than inflation. Countries in the Organisation for Economic Co-operation and Development spend an average of 2.2 per cent of gross domestic product on R&D. For the United States, the figure is 3.5 per cent. In Latin America and the Caribbean, in contrast, the average is 0.7 per cent, while South Africa’s figure of 0.75 per cent is well above the continent’s average of just 0.4 per cent.

Admittedly, some researchers may apply for publishing fees to be waived, but there is no globally agreed way for publishers to handle waivers, and researchers working in middle-income countries tend not to be eligible for such support. Moreover, waivers are often perceived as patronising and neocolonial. They are an in-or-out mechanism unilaterally controlled by the publisher, denying any agency to recipients.

Asking for a waiver imposes significant effort on authors. Waivers are also a financial risk to publishers who are understandably reluctant to award them. A submission to a 2020 consultation by the UK foreign ministry calculated that 57 per cent of hybrid journals from major publishers, which offer both subscriptions and open access, and 70 per cent of open-access journals published by small independent or university presses, did not offer fee waivers or discounts. The most visible global initiative delivering waivers, Research4Life, reports that, while effective, usage of its resources remains limited and has declined.

The system for meeting the costs of academic publishing is globally inequitable. This was underscored by the landmark United Nations Educational, Scientific and Cultural Organization (Unesco) Recommendation on Open Science of November 2021, which insisted that scholarly communication adopt “the principles of open, transparent and equitable access”. The recent memorandum from the White House Office of Science and Technology Policy, setting out a plan for open access to federally funded research from 2026, adds ‘equitable’ as a third condition to the more familiar requirements for ‘free’ and ‘immediate’ access. Equitable open access has therefore assumed a particular urgency.

It is generally accepted on all sides of the debate that there is enough money in the academic publishing system already, and that the global academic community is equipped to ensure payments for high-quality publishing services and a well-functioning scholarly communication ecosystem. A recent analysis, for example, calculated that major publishers take $2 billion (€2bn) in APCs each year.

The challenge is to devise a globally equitable payment system that would allow immediate access to both readers and producers of scholarly publications without charging authors. In such a system, the amount paid by all institutional stakeholders in the global academic community—research-funding organisations, research-performing organisations, university libraries, research institutes, scholarly societies and governments—would be a function of their means.

In exchange for globally assured, stable and sustainable payments, academic publishers would provide transparency about the nature and pricing of their services—in line with principle five of Plan S and Coalition S’s price-transparency frameworks—via the Journal Comparison Service.

Globally equitable pricing should be based on defined tiers of countries and institutions with different prices for each tier. In contrast to unilateral and stigmatised waivers, such a globally tiered pricing framework would be multilateral: a pricing system based on mutually agreed objective criteria and transparent institutional income streams. Contributing to the framework gives each tier of countries agency in their negotiations about the price of publishing costs.

There is a precedent for such an approach in the pharmaceutical industry. For some medicines under patent, manufacturers and governments have agreed a global tiered pricing framework with charges based on each country’s capacity to pay. The aim is to provide equitable access, while preserving profitability and incentives for innovation.

Scholarly publishing is well suited to such an approach. By guaranteeing payment of reasonable prices for clearly defined and transparently priced services, a globally tiered pricing framework for academic publishing would be fair. For it to be equitable, many factors must be taken into account.

These include each institution’s size, revenue and ratio of readers to authors, as well as the local purchasing power of each region or country. There should also be a base tier for countries and institutions that are exempt from payment due to predefined considerations. Finally, a pricing framework for academic publishing should be transparent in making explicit the criteria for inclusion in each pricing tier.

We propose that the pricing tiers should be calculated using purchasing-power parity. This is a measure of the economic clout of different regions based on a comparison of price differences in the same product or basket of goods; the Economist’s Big Mac Index might be the most famous example.

The US, Western Europe, South Korea and Japan would be in a tier set at 100 per cent. Lower tiers would pay less depending on their PPP and the lowest tier would not pay anything. This would allow the current arbitrary system of waivers to be abandoned, cementing a principle of solidarity and complementarity into worldwide academic publishing.

As well as tiered pricing, existing models that are not author-facing and charge equitable fees should be evaluated for broader adoption, such as the differentiated library membership fees practiced by the Open Library of Humanities, as well as the Public Library of Science’s Global Equity Model. These initiatives allow institutions to pay for academic publishing as a function of their size and ratio of readers to author. Such models could also take PPP into account.

Many details remain to be ironed out, such as how to decide pricing for articles with international author lists that may cross pricing tiers, and how to deal with variation in ability to pay within tiers caused by, for example, the career stage of authors. There is also the question of which authoritative body would define and negotiate such a model. Perhaps Unesco or funder organisations could play a role. But these and many similar issues already apply to the existing business models or have been solved elsewhere.

We believe it is possible to design a globally tiered pricing framework for academic publishing along the lines sketched above. We call on all stakeholders—researchers, research institutions, universities, funders, ministries and publishers—to view academic publishing as a global infrastructure that should benefit all and be financially supported in a globally equitable manner.