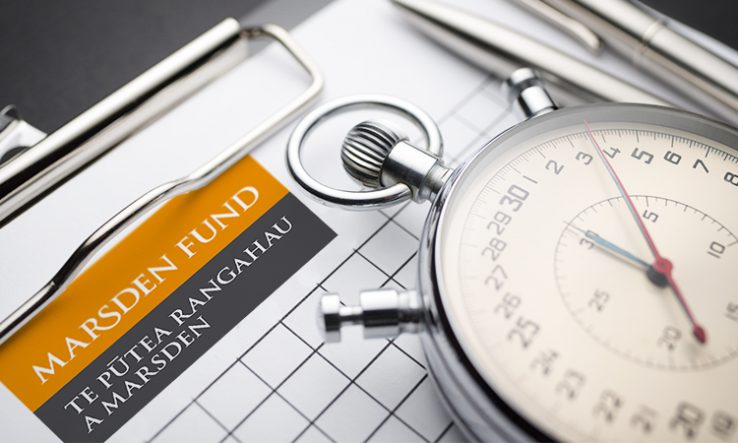 New Zealand’s lockdown is affecting the country’s biggest annual round of contestable funding, with the Royal Society of New Zealand scrambling to rejig its application process for Marsden Fund grants.

The fund’s reviewer panels were ranking applications when the lockdown began on 17 August. Reviewers’ reports were due to go back to researchers around that time, who were expected to respond to comments by 1 September.

Applicants now have until 7 September to make their responses, and the fund will consider the cases of applicants whose reports came to them late on an individual basis. Applicants have been notified directly, and a statement on 19 August said the society hoped “to be able to keep to our timetable, including the scheduled September panel meetings”.

The Health Research Council of New Zealand, meanwhile, said it was “monitoring the situation so we can support our researchers as much as we can. Should there be any need to make changes to funding round timelines or usual HRC processes, we will let you know through our update newsletter.”

Science communicator and microbiologist Siouxsie Wiles tweeted that people should try to stay at home as much as possible. “The best thing you can do right now if you are not an essential worker is stay in your bubble, get tested only if you have symptoms or have been asked to get tested, wear a mask outside your bubble and scan in.”

Government statistics from 25 August show that 63 new cases of Covid-19 were reported in the past 24 hours.

Although no cases have been detected in the country’s South Island, experts are generally supportive of the lockdown being nationwide. Lesley Gray, of the department of primary healthcare and general practice at the University of Otago, said that when “there are so many possible routes of transmission, it is still too early to say for sure that South Island and other regions of NZ have not been touched by people with cases of the Delta variant.

“As we have seen already, this is a highly transmittable variant.”