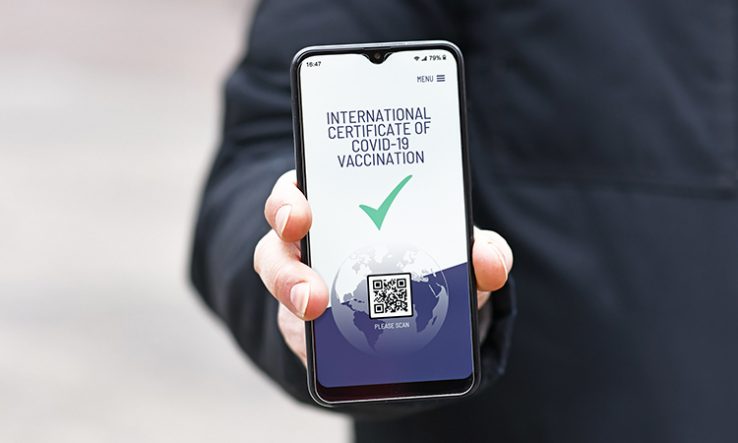 What harms will vaccine passports cause, and can we have official proofs of Covid-19 vaccination by the summer?

The European Commission is promising answers later this month, in its proposal for a Digital Green Pass. The UK government is reviewing a similar scheme.

More than 250,000 people in the UK have signed a petition opposing vaccination passports. But holiday firms, travel industry lobbyists and suppliers of passport infrastructure take a different view.

At stake are not only issues of freedom and harms, but the often-unforeseen effects of new and complex data infrastructures.

Vaccine passports have become a divisive issue among ethicists and technology policy wonks. Big hitters such as the Royal Society and Ada Lovelace Institute have offered expert deliberation and sets of principles, but consensus is distant. Half the German Ethics Council say vaccine passports would never be ethically acceptable, while the other half thinks they may be.

One debate is over freedom versus harms. Arguments have pitched personal liberty against concerns over fairness; freedom for some may mean more policing and profiling of racial, sexual, religious and other minorities.

But commentary on the impact on people and groups tends to overlook the effects of technologies across scales. This matters because impact at scale is what makes vaccine passports so alluring, promising society-wide benefits at what looks like low monetary and political cost.

Understood this way, the passport per se is not the issue. What’s at stake is the creation of a set of infrastructures.

These infrastructures compile health data, such as vaccine and immunity status, and connect people’s identities to a certification system, permitting verification worldwide. And they allow inspectors to decide where a person can and cannot go.

Some will see these systems as a route to summer sun; others as an illegitimate overreach. But evaluation must consider the scales at which these systems work, and how they interact.

That means asking questions like: do vaccine passports fit with how we want our infrastructures organised? Will they be locally or centrally run? How are governance and accountability managed? How will the system’s public and private parts fit together?

In other words, who benefits, who pays, and who do we blame when something goes wrong?

Those in favour of vaccine passports often highlight the benefits at a national or international scale—opening up the economy and protecting population health. But the risks at these scales get less of a hearing. Would passports increase inequality, and how would we know? How might they affect broader processes of democracy and will they respect national cultures and institutions?

International infrastructure raises its own issues. Whose laws apply and whose courts will adjudicate? Would some nations become more, or less, dependent on others? Who sets standards and to whom are they accountable? And how might vaccine passports relate to the Sustainable Development Goals and similar global programmes?

In a globalised world, one way to answer these questions is by developing technical standards that embody shared rules, practices and design principles. The World Health Organization has convened a group of global experts to draw up plans. But the WHO is not the only game in town—tech blue-chips like IBM, travel industry lobbyists like the International Air Transport Association and health startups such as CommonHealth are also in on the action.

Arguably, large complex infrastructures have their most important effects across time. Yet most discussions of immunity certificates have taken a short-term view, with a time horizon lasting no more than a year or two.

Experience shows that once an infrastructure is in place, it tends to stick around. Decisions on immunity certification today could lock in features and exclusions for years to come.

The task, then, is to assess how vaccine passports affect our freedoms and wellbeing across a complex web of certification infrastructure.

Evaluators might be led by values of humility and democracy, as well as concerns for liberty and fairness. Useful guidance comes from understanding a policy’s complexities across a diversity of scales. Nobody knows enough to devise principles that are both generally applicable and specific enough to guide practice.

This creates a need for inter- and transdisciplinary evaluation that will consider the implications of vaccine passports across all scales. The terms of assessment, and the categories of impact considered, need to be broader than at present.

Cian O’Donovan is a researcher at the UK Ethics Accelerator, working from the Department of Science and Technology Studies at University College London