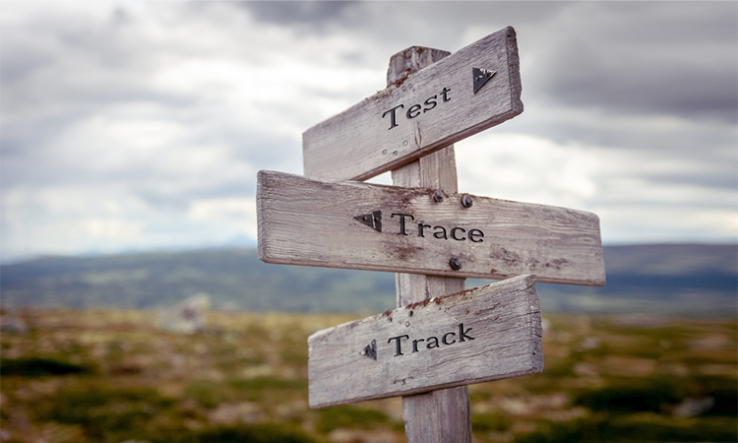 The government’s approach to Covid-19 test and trace is “severely constrained” and achieving its goal will be “impossible”, according to a group of prominent scientists.

The critique, from the Independent Sage, a rival group to the official Scientific Advisory Group for Emergencies, comes two weeks after the government unveiled its test and trace programme, significant parts of which are run by industry through large testing sites and centralised call centres.

The group’s fourth report describes the approach as “severely constrained by the lack of coordination, lack of trust, lack of evidence of utility, and centralisation, such that achieving the goal of isolating 80 per cent of close contacts is impossible”.

Allyson Pollock, a member of the group and director of the institute of health and society at Newcastle University, said “the government has put in a centralised, privatised, parallel system for contact tracing that’s had no evaluation and no risk assessment”. She added that the data governance had not been established for the system and that it “completely bypassed what we already have and know that works, which is the notification system based on GPs, public health and local authorities cooperating”.

Deenan Pillay, member of the group and professor of virology at University College London, said that the quality of samples taken at the large drive-through testing centres and through home self-testing was “suboptimal” and produced false negatives. “A local-based testing service…would support better quality of test results,” he said.

Gabriel Scally, another group member and president of epidemiology and public health at the Royal Society of Medicine, said that unless the “system is efficient and effective we will bump along with the continuing infection, with hot spots, with flare-ups, maybe even a second wave, and, I think, will create much, much more damage than investing in a proper and effective system”.

The group urges the government to go “beyond a narrow response of simply testing people suspected of being infected and tracing their contacts” and to extend it “to include all of the elements necessary to control the pandemic”, including isolating cases and supporting them.

The most effective implementation, the group says, would be “led locally, coordinated by directors of public health”. “This should be embedded as much as possible within existing networks, and utilise local authority and NHS actors such as health commissioners, primary care, local hospital laboratories, school nurses and environmental health officers.”

To ensure trust, the group highlights the importance of effective community engagement to discuss “implementation, problems and solutions, working in partnership with local and national groups”.

“Contact tracing works best if delivered by trained personnel within local communities—and that’s key to our recommendations here,” said David King, chair of the Independent Sage. “Every single day that passes with a dysfunctional system means longer before we recover from this pandemic.”

Other recommendations include real-time access to data while ensuring “appropriate governance and safeguards for privacy and data misuse”.

The group describes isolation and support as a “critical” component of the system. “There must be facilities available for such isolation, material support including food and finance, and appropriate guarantees from employers, to ensure that those in isolation are not disadvantaged,” the report says.

This was also underscored in a House of Lords Science and Technology Committee hearing on the issue on 9 June. Susan Michie, director of the centre for behaviour change at University College London, told MPs it was “puzzling” that the government called its programme “test and trace”, leaving out ‘isolation’ from the name, because “without isolation all of the rest of it is for nothing. We absolutely need the isolation and if one doesn’t have it in the label of the system, it’s not communicating that this is a vital part of it.”

Anthony Costello, a professor of global health at the University College London said “the key thing is to isolate” positive cases and their contacts and to support those people. He added: “Without that whole, integrated system, just focusing on test and trace is kind of doomed to fail.”