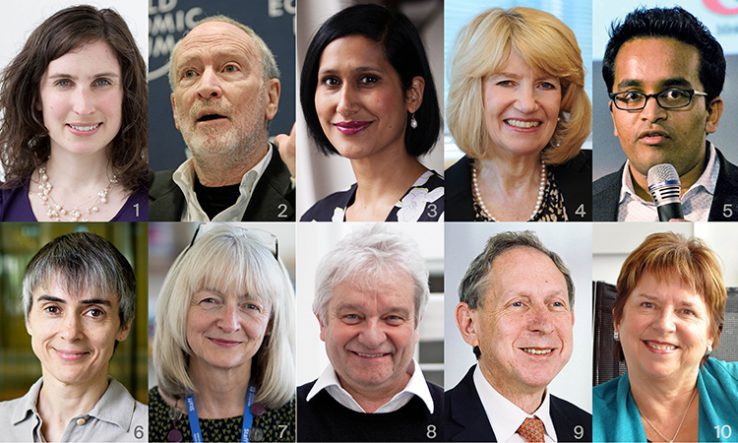 Concern after steering group for diversity meets without any Black members

Serious concerns have been voiced about the government’s drive to reform research culture, after a group tasked with shaping strategy to address the sector’s longstanding problems with diversity and inclusion met without any Black members.

“It seems yet again Black academics have been overlooked and marginalised even in discussion of how to change the research culture,” said Addy Adelaine, a Black academic and chief executive of the non-profit Ladders4Action.

The government appointed 10 senior research figures to a steering group to help science minister Amanda Solloway develop an R&D People and Culture Strategy. In a recent interview with Research Fortnight, Solloway stressed that getting the strategy right was the path to fixing culture issues, such as under-representation in senior research roles.

Adelaine said she was “shocked” that the government is “marginalising Black academics in a process…meant to address the barriers they face in research and higher education”.

Concern has also been raised about a lack of technical staff in the group, as the importance of these workers to the research enterprise increasingly comes under the spotlight.

Helen Gordon, chief executive of the Science Council—the professional body for scientists and technicians—said “there is significant expertise and experience on the steering group” but there is still “an opportunity to further broaden the membership”.

The government has quietly released the group’s remit and membership, and says its first meeting was held on 28 January. Research Fortnight understands that at meeting the participants themselves asked for a more diverse membership of the group.

After Research Fortnight asked questions about the group’s diversity, its official website was updated to state that the “steering group membership is not yet complete and will be complemented by focused engagement with the sector”.

The Department for Business, Energy and Industrial Strategy said: “We agree that a diverse panel is absolutely essential…which is why we are already looking at broadening the group’s membership to ensure it is more representative of the sector.”

But it declined to comment on how the group was put together or provide future meeting dates.

The news comes as reports added to the picture of a research sector persistently slow to improve its diversity.

Earlier this month the Academy of Medical Sciences released data showing that Black, Asian and minority ethnic researchers remain under-represented across its governance, fellowship and grant schemes. And the Wellcome Trust and Cancer Research UK charities both revealed that their latest median gender pay gaps are higher than the UK average. All three organisations have re-committed to improving their record on diversity.