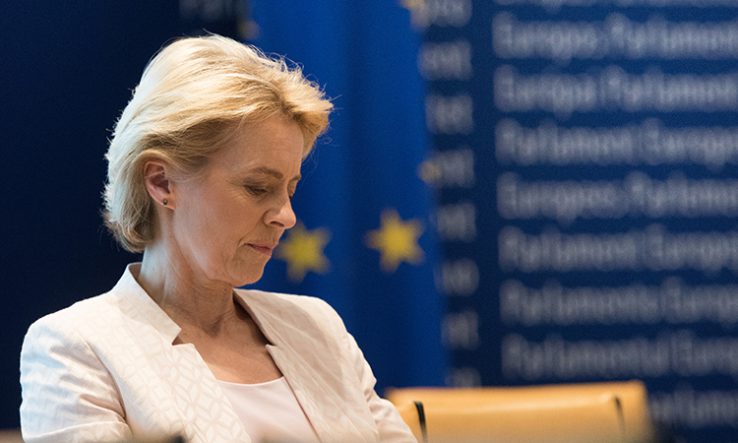 Leading figures in the research community have called on European Commission president Ursula von der Leyen to “intervene urgently” to end the political impasse over UK and Swiss association to Horizon Europe.

The UK’s association to the EU’s €95.5 billion (£82bn) R&D programme has been held up by political disputes over the Northern Ireland protocol, leaving UK grantees unable to receive funding from the bloc. Switzerland is in a similar position, after its government walked out of talks on a broad relationship agreement with the EU.

Currently, they say, UK and Swiss associations to the programme are “tied together with broader political issues which, although of grave importance, are not linked to science”.

They call on Von der Leyen to “intervene urgently on this crucial issue”.

“Securing UK and Swiss association now, notwithstanding the challenging political impasse, will further strengthen your remarkable legacy at the helm of the European Commission,” they say.

The letter, which is co-signed by the presidents of the Swiss universities ETH Zurich and EPFL Lausanne, as well as the president of the ETH board, was written on behalf of the Stick to Science campaign, which calls for an open, inclusive and collaborative research and innovation landscape in Europe that is “free from political barriers”.

“The broad coalition supporting Stick to Science, which brings together industry, philanthropic organisations, charities, research organisations and many others, demonstrates that there will be no political winners if association fails,” the letter says.

“The European research sector stands united in its agreement that researchers in the UK and Switzerland still have much to offer science in Europe. We must allow them to continue to contribute.”

‘There is still time’

Speaking about the letter on BBC Radio 4’s Today programme on 23 June, Farrar said: “There is still time to do this; the agreement is still in place.

“This doesn’t require any more complex negotiations. This was agreed in December 2020. We just ask everybody on all sides to take a step back, honour those agreements and allow science to flourish.”

He added: “To find resolutions to complex problems requires everyone to get involved, to get together. And when tensions are high—and we appreciate there are many other complex issues at stake here—it’s critical just to stand back and calmly think what have we got, what have we built up, [what] has evolved over 20 or 30 years, what is at stake and what we may lose here.”

The UK government has promised a “bold plan B” if association falls through, and science minister George Freeman recently said the government would shortly publish a prospectus “to reassure the UK research community principally of what steps we have in place”.

When asked about the plan, Farrar said: “I think it’s important that the UK government has developed a plan B and minister George Freeman deserves credit for that. But it is a second option. It’s not the best option—everybody appreciates that.

“Everybody in the science community in the UK, across Europe and in many other countries around the world appreciates that Horizon Europe is the best option.

“You can put money into these things, but it’s more than the money. It’s the networks, it’s the partnerships, it’s the excellence that comes from competing with the very best in the world. It’s about far more than just putting money in.”

A spokesperson for the European Commission told Research Professional News: “We continue to recognise the mutual benefit in cooperation in science, research and innovation, nuclear research and space.”

However, they said there were “serious difficulties in the implementation of the Withdrawal Agreement and parts of the Trade and Cooperation Agreement”.

“We look forward to a prompt resolution that would allow the establishment of the association to [EU] programmes, and that would enhance the cooperation opportunities in research, space and other areas.

“In the meantime, UK entities still benefit from transitional arrangements, which allow them to apply to Horizon Europe calls for proposals and undergo the evaluation procedures as if the association had already entered into force.

“However, grant agreements involving funding to UK entities may only be signed once association is effective. These transitional arrangements are in place for entities from any candidate associated country in Horizon Europe.”