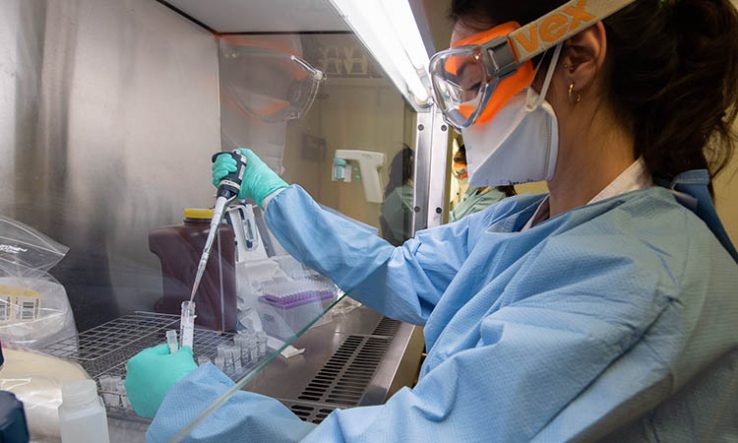 The UK government ignored crucial advice from the House of Commons Science and Technology Committee on its handling of the Covid-19 response, the committee’s chair has claimed.

The committee launched an early inquiry into the government’s handling of the pandemic in an effort to learn and apply lessons ‘on the go’, and later joined forces with a similar inquiry run by the health committee.

In an exclusive interview with Research Professional News, Greg Clark has now said there were some areas where he felt the government did not heed the committee’s advice, in particular regarding the test and trace system.

“In contrast to the vaccine programme,” the former business secretary said, “for most of the pandemic it’s been reactive and not planning and organising ahead, so that at crunch points we were short of testing capacity.”

Clark pointed to the events of September 2020, when testing capacity ran out just as children went back to school and people returned to work, “even though the committee advised the government that we should be preparing during the time of reduced incidence of Covid during the summer to have a substantial testing capacity needed for the autumn”.

But he added that test and trace didn’t have the capacity needed—and was “exposed as having made a significant failing there.”

Nevertheless, Clark said there were some areas where he believed the committee had been listened to, including on vaccines.

“Very early on, we advised the government to increase investment in the development of vaccines,” he said. “This was right at the beginning of the pandemic in the spring of 2020 when actually most people thought the prospect of a vaccine—let alone multiple vaccines—was no more than a hope, rather than a prospect.

“We were obviously pleased that the government did that.”

Another triumph for the committee was its influence over the transparency of the government’s Scientific Advisory Group for Emergencies.

In the early days of the pandemic, Sage faced strong criticism over its failure to disclose its membership, minutes and papers—most of which are now publicly available.

“From the outset we were very critical of the degree of secrecy around Sage…and we recommended that the membership should be disclosed, and that the minutes should be published,” he said.

The influence of the government’s chief scientific adviser, Patrick Vallance, who is co-chair of Sage, was “decisive” on this issue, according to Clark.

“He acted on concerns that we expressed and I think, as a result, not only has there been no detriment, [but] actually public understanding and confidence in the [Covid-19] measures has increased.”

Read the full Q&A with Greg Clark in the next issue of Research Fortnight out on 22 September.