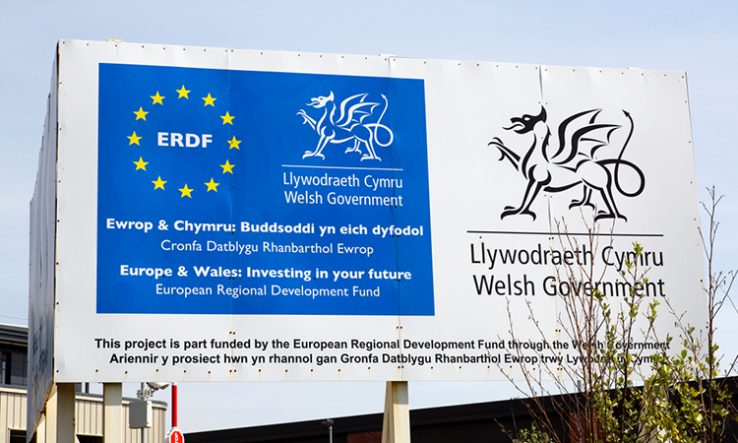 The outgoing president of the Learned Society of Wales has called for maintenance of current levels of research funding in the midst of Brexit and the Covid-19 pandemic.

In a written address marking the end of his six-year tenure as president of Wales’s national academy of sciences, Emyr Jones-Parry said universities had been facing “turbulence” for many years.

“Problems are now hugely exacerbated, first by Brexit and now by the consequences of the coronavirus,” he said on 20 May.

In particular, he highlighted the importance of association to the EU’s R&D programme, Horizon Europe, which is yet to be agreed, as well as access to European Union structural funding, which is set to stop after Brexit.

In per-person terms, Wales currently receives more than twice as much money from such EU structural funds as any other nation in the UK, with around €140 (£117) per person per year, compared with a UK-wide average of €36 (£30).

Those funds support a lot of R&D programmes and were expected to provide about £8.4 billion to the UK between 2014 and 2020 to boost low-performing regional economies.

With the UK’s exit from the bloc, the structural funds are expected to be replaced by the UK Shared Prosperity Fund. However, the government has yet to outline its plans for the new fund.

“What is to replace these programmes? We are pressing for at least a maintenance of current levels of expenditure,” said Jones-Parry.

“Crucially, Wales must have a fair crack at access to available UK research funding. Similarly, it is vital that Wales gets a needs-based share of the proposed UK Prosperity Fund, which is due to replace EU support.”

Meanwhile, as the UK’s universities navigate their way through the Covid-19 crisis, the Learned Society “must give every support to the sector”, he added.

“Universities have a vital role in local communities, developing skills, in contributing to the economy, in their research output across the range of subjects, including blue sky, and in attracting international interest and investment in Wales.

“The sector would do well to sharpen up its contribution if Welsh universities are to secure the necessary assistance, particularly from government, as they go through the crisis and as they emerge in the new normal.”

Jones-Parry will be succeeded as president by Hywel Thomas, a professor of civil engineering at Cardiff University and director of the Geoenvironmental Research Centre at the university.