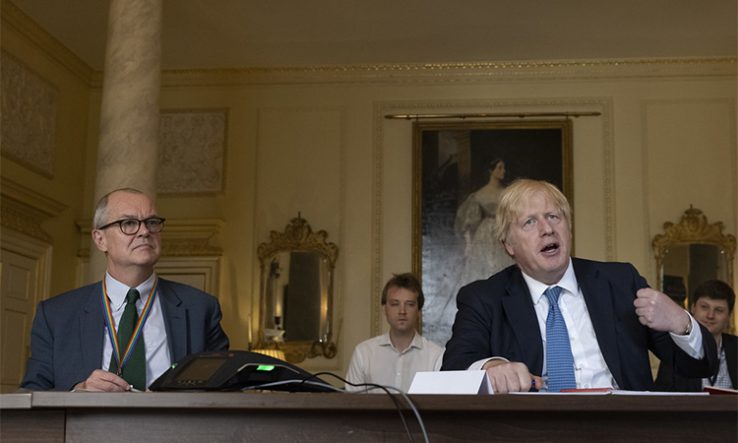 The UK system of providing scientific advice to governments should be more autonomous and transparent, according to academics who examined the role of science advice and how it worked during the Covid-19 pandemic.

Scientific advice should also be recognised as separate from government decisions, wrote associate professor Holly Jarman and colleagues from the University of Michigan’s school of public health, in a paper in the British Medical Journal. The paper analysed science advice and Covid-19 responses of the UK’s nations, as well as France and Germany.

“The weaknesses in the UK system [of scientific advice] are a lack of autonomy among advisers—they are selected by government and answer questions posed by government—and poor overall transparency,” they wrote on 7 September.

“The UK civil service and government agencies are traditionally not very transparent or autonomous of the central executive, and government’s ability to influence them has been increased over decades by every party,” they wrote. “UK science advice is no exception.”

“The result is a characteristic string of UK policy failures in which decisions were made too quickly, by too few people, and with weak and unchallenged justifications.”

The UK’s Scientific Advisory Group for Emergencies (Sage) provided “advice in the shadow of government authority”, according to the authors, who criticised the government for getting “the advice they want” and suggested that Sage sometimes “seemed to anticipate government objections”.

For example, they wrote: “Minutes from the UK’s Scientific Advisory Group for Emergencies and parliamentary reports show the UK government primarily wanted to know the likely effect of different policies on the spread of the virus and the consequences of spread for healthcare. It was uninterested in broader advice from social sciences about, for example, health behaviour or the trade-offs of different policies.”

On the issue of transparency of wider scientific advice the government received, the academics wrote: “In both France and the UK, high-ranking bureaucrats, advisers and politicians shaped advice by using consultancy firms, sidelining public health experts and agencies, and relying on special advisers.”

They said that while secrecy can mean civil servants and advisers are able to give “unpalatable advice” to leaders, it had also allowed “politicians to try to shift blame onto others”.

Sage in the spotlight

Sage, too, was heavily criticised for the secrecy of its membership and advice in the early days of the pandemic, but opened up on both issues later on, which the paper recognised.

“If the transparency of the UK system improved during the pandemic, autonomy did not,” the authors wrote.

On possible improvements, the article suggested the UK government learn from Germany’s scientific advice system, where there is “the explicit separation between scientific advice and political decisions”, which they say “contributed to public trust in pandemic response by communicating that government leaders were not misrepresenting science”.

“The political role of transparent scientific advice is not just to enable policymaking; it is also to enable accountability for failures, such as the ones we saw in the Covid-19 pandemic,” they concluded.

Finally, the authors list questions for the ongoing national inquiry into the government’s response to Covid-19:

Research Professional News has approached the government’s Office for Science and the Cabinet Office for comment. The Department of Health and Social Care declined to comment.