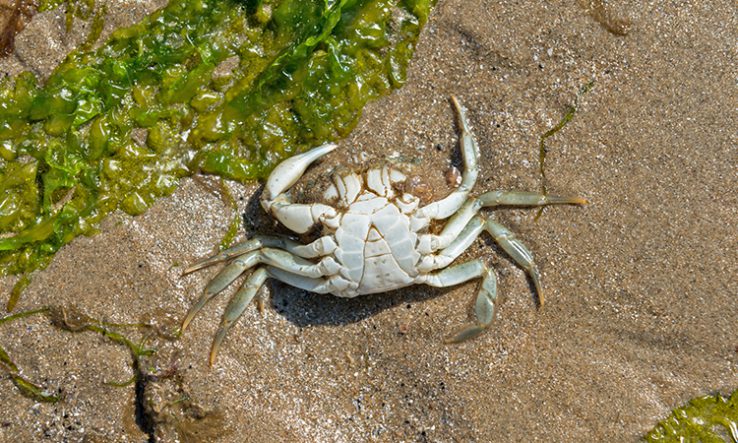 University academics have criticised a government-commissioned report into mass crab die-offs on England’s north-east coast, with one accusing it of “remarkably poor scientific practice”, and they pledged to continue their research into the matter.

The academics, from the universities of Newcastle, Durham and York, believe pollution caused crab and lobster deaths rather than a new pathogen, which a report from the environment department found to be the most likely cause of the deaths despite no direct evidence for such a disease.

The report, and its criticisms, follow controversy over an unusually large number of dead or dying crabs and lobsters found along the north-east coast of England in the autumn and winter of 2021.

The issue became one of high political significance as some link it to dredging for the Teesside freeport, one of the government’s key projects.

Following the report, the environment Secretary Thérèse Coffey said: “The independent panel concluded that pyridine or another toxic pollutant as the cause was very unlikely as was any link to dredging for the Freeport.”

But Newcastle researcher Gary Caldwell said: “The report concludes that it is about as likely as not that a pathogen new to UK waters—a potential disease or parasite—caused the unusual crustacean mass die-offs.”

This, he added, is “despite the fact that there was no direct evidence for the involvement of any pathogens, and that [government agency the Centre for Environment, Fisheries and Aquaculture Science] had previously dismissed the involvement of disease”.

“The failure to evidence this conclusion is remarkably poor scientific practice,” said Caldwell.

An initial government investigation said the deaths were most likely caused by a naturally occurring algal bloom but this was challenged by fishers and campaigners who feared a toxic chemical was responsible—one some believe could have been released by dredging of the River Tees.

And Caldwell was commissioned by the Fishmonger’s Company to conduct research into the deaths. His work found high levels of pyridine—a toxic chemical previously been released in the area—in the tissues of the dead crabs.

The panel, convened by Defra Chief Scientific Adviser Gideon Henderson, then conducted a desk study, but failed to identify any single cause of deaths.

It did, however, say the “most likely cause” was a novel pathogen “despite the lack of direct evidence of such a pathogen”.

Following the report’s publication on 20 January, the university academics who investigated pyridine’s links to crab deaths, said “the available evidence is more consistent with the involvement of some form of pollution, possibly involving the release of the industrial chemical pyridine from dredging activity”.

They added: “Given that the weight of evidence indicates an industrial source for the die-offs, it is disappointing to see that the Independent Expert Panel have reached the conclusion that the die-offs were likely caused by an unknown pathogen, despite there being no direct evidence for this.”

They concluded: “The academic team will continue to undertake research into these events.”

While the Defra panel acknowledged evidence of historical production of pyridine in the north-east associated with chemical production and steelwork industries, it said these industries could not “be sources of any significant volume of pyridine during the period of crustacean mortality”.

“Although a range of chemicals, including pyridine, are known to be toxic to crustaceans, the wide geographical spread and long duration of the event would require sustained release of very large volumes of the chemical which is considered very unlikely from point sources or due to dredging as a cause for unusual crustacean death,” the report said.

But the researchers from the northern universities found pyridine caused death in crabs even at lower concentrations.

They cited further modelling showing that pyridine quickly transported along the coastline of Hartlepool and Redcar could kill around half the crab population within 24 hours of exposure.

The researchers’ timeline of the transport of pyridine along the coast closely matched the timeline of mortalities reported by the fishing community and the general public, the University of Newcastle said.

The researchers’ work on pyridine and the mass die-offs has been submitted for peer review, after which it is set to be openly accessible.

Defra said that “although there is no direct evidence of a novel pathogen, a disease or parasite it would explain the key observations including mortality over a sustained period and along 70km of coastline, the unusual twitching of dying crabs and the deaths being predominantly crabs rather than other species”.

As to the next steps, it said it would “consider carefully if further analysis by the Centre for Environment, Fisheries and Aquaculture Science is likely to ascertain conclusively the cause of this unusual mortality”.