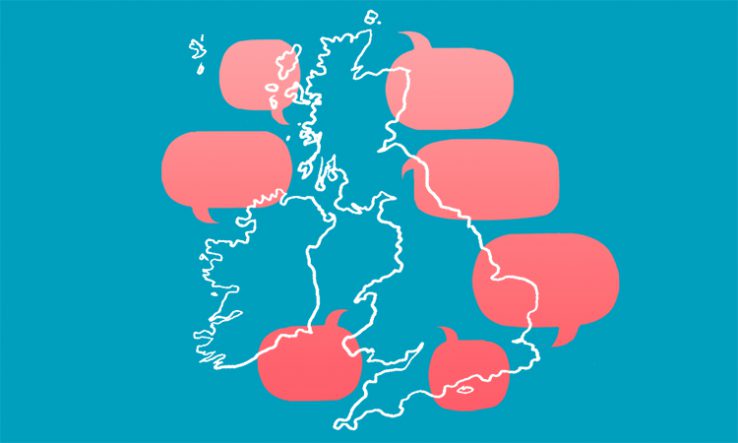 Academics with regional accents have complained of mockery and discrimination at UK universities in a renewed push for institutions to tackle the long-standing issue.

Writing on Twitter last week, Peter Slater, a professor of materials chemistry at the University of Birmingham, said he was “sick of the constant abuse” he received regarding his Birmingham accent.

“It is one thing that has made me hate the sound of my own voice in recordings,” he said. “Worst of all when you have to face it from members of your depts staff, as I have over the years.”

His tweet struck a chord with several academics, who chimed in with anecdotes about their own experiences of accent discrimination, known as ‘accentism’.

One academic based at a Russell Group university commented: “I think there is an underlying expectation that staff at unis should either have a ‘uni’, Oxbridge or posh accent.

“Depending on the subject and uni, that is then linked to your stature and seniority. I’ve seen students refer to academic staff as ‘technicians’ based purely on accent.”

A chemistry PhD student called Jaime added: “As a student with a broad West Midlands accent, I totally understand this. Many people have been surprised to hear I am pursuing a PhD (or even that I have a degree) because I don’t sound ‘intelligent’.”

Faye Davies, a senior lecturer at Birmingham City University, who is originally from North Staffordshire, said a number of students had commented on her accent in the past. “There is certainly some judgment from the few,” she said.

Amanda Cole, a sociolinguist at the University of Essex who researches accentism, told Research Professional News that people are sometimes surprised when she tells them she is an academic because of her Essex accent.

“Sometimes a person’s accent may be overtly commented on as a problem, ridiculed or mimicked,” she said.

“However, accentism is not always so overt as this, but it can subtly feed into the way a person is evaluated or perceived. Though this has not specifically happened to me in academia, I have experienced times when a person has made a ‘jokey’ comment about my accent, or they have attempted to ‘help’ me by instructing me on how they think I should pronounce something.

“These comments are well-meaning but still reinforce the unfair and untrue ideas that some accents are incorrect or not appropriate for certain settings or topics.”

Together with Rob Drummond, a reader in sociolinguistics at Manchester Metropolitan University, Cole runs the Accentism Project, which aims to raise awareness of language-based prejudice and discrimination.

Launched in 2018, the project provides a venue for people to share their stories and experiences of accentism and is a repository for academic articles and news stories on the topic. The team has also delivered workshops on the subject in schools and colleges and plans to develop training materials that will help people in all industries to understand what accentism is and how to address it.

Drummond told Research Professional News it is “hard to say” how widespread the problem is in academia.

“I imagine there are many people who face some kind of language-based prejudice regularly, but who simply put up with it and don’t say anything,” he said. “This is the same for any section of society, or any profession.”

Accentism, he explained, can be “anything from ‘jokey’ comments about someone’s particular regional accent, to criticisms that someone is hard to understand”.

“Both could then have implications for what roles a person is asked to fulfil, and what roles they might be excluded from. It’s very unlikely that someone really is hard to understand, by the way; it is far more likely that we should simply learn to be better listeners.”

Drummond said he was not aware of any particular strategy within universities to tackle accentism.

“I would like to think that all universities are taking issues around equality, diversity and inclusion seriously, but they might not be specifically aware that accent is part of this.”

He suggested that universities start to include language and accent in unconscious bias or equality, diversity and inclusion training, as well as reach out to academics working in the area to help raise awareness and develop strategies.

A spokesperson for the vice-chancellors group Universities UK, said: “Universities are committed to being inclusive and safe places, where tolerance, dignity and respect are cherished. Any form of harassment, including discrimination based on accent, goes against the values and standards of behaviour expected across the university community.

“We know there is more to do to end all forms of harassment in higher education and will continue to work with the sector so that every student and staff member can have the safe, enjoyable university experience they deserve.”