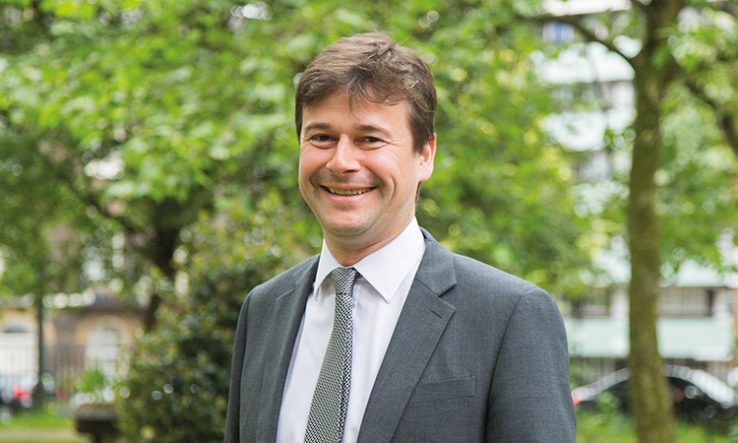 Plans to conduct on-site university inspections have not been properly thought through, a university leader has said.

Andrew Jones, vice-chancellor of Brunel University London, said the government’s request for the Office for Students to visit 10 to 15 providers next year in order to check up on their teaching underestimated the difficulty of such an undertaking.

“It feels a bit un-thought out…I don’t think there’s an appreciation of the scale of what it would require,” Jones told Research Professional News. “What are they going to do—put the entirety of the OfS on a bus and send them down to do an inspection?” Some institutions have tens of thousands of undergraduates, he pointed out.

In a March letter to the OfS setting out strategic priorities for 2022-23, education secretary Nadhim Zahawi and further and higher education minister Michelle Donelan called on England’s regulator to conduct “on-site” inspections of providers.

The government wants the inspections to “root out pockets of poor provision” and said they should consider the extent of online teaching, the number of contact hours for students and the importance of maintaining “rigour” in assessment.

“Many people don’t think the OfS is remotely resourced to effectively do an Ofsted-type engagement of a university, even in a light-touch sense, to the degree that some of that documentation seems to be suggesting,” Jones said.

He was also critical of a “fuzzy lack of clarity” in other national plans, such as the government’s proposed introduction of minimum eligibility requirements for access to student finance, and OfS plans to monitor universities on the proportion of graduates going into “professional” jobs.

“I won’t be alone in saying this as a vice-chancellor, but I think there’s a need for some clarity in thought about the level of intervention [from the government and the OfS],” he said.

In April, Donelan said she would phone the president of Imperial College London after the university said it would not allow guests at graduation ceremonies in order to reduce Covid risk. In March, Zahawi said Donelan would contact several universities after their academics were accused of tweeting a “false narrative” about the war in Ukraine.

“Universities are big, very complicated things, and not everyone in Whitehall really appreciates that quite a bit of the time,” Jones said. “So the risk in ringing up [a university] and saying one thing is that there’s another 100 things that could have been the thing you rang up about.”

This results in “cherry-picking” issues in isolation, he added, since there are so many issues that could be raised. “It’s a scale question, about what you’re going to get involved with as a government,” Jones said.

Meanwhile, with the UK experiencing a cost-of-living crisis, Jones said he was concerned that institutions in London could be particularly hard hit—since it was already the most expensive place to live in the UK even before the recent price increases.

“It’s worse in London, I think,” he said. “People need to feel that they’re being competitively paid, but equally you’ve got to, in a narrow margin, find headroom to maintain competitiveness—all universities have some outdated facilities and things that need investment. We’ve got to be able to do some of that as well.”

So has the squeeze made it more difficult to recruit good-quality people—both on the academic front and in professional services? “It’s a problem,” Jones said. “I think there’s a real problem at the moment. We’ve got recruitment problems across the board, though it’s more acute in some university professional services, where the labour market is really hot.”

In particular, he highlighted IT, human resources and finance as areas where there was “a lot of job market competition”.

“Universities have many benefits; they’re good places to work. But salary is an issue when we’re holding vacancies,” Jones said.

In London specifically, university finances were squeezed still further when the OfS, at the behest of then education secretary Gavin Williamson, cut the London weighting from the teaching grant (now known as the strategic priorities grant).

“It is a problem,” Jones said of the cut. “With the undergraduate [tuition] fee frozen, we’re just being squeezed in all directions like everybody else. London does have higher costs…but I suppose my slight hypothesis is that Brunel might suffer slightly less than universities right in the middle of the city.”

A longer interview with Andrew Jones appeared in this morning’s 8am Playbook, a premium service for subscribers. For a personal email copy of the Playbook, please fill in this form and add 8am Playbook as the subject. You can unsubscribe at any time.