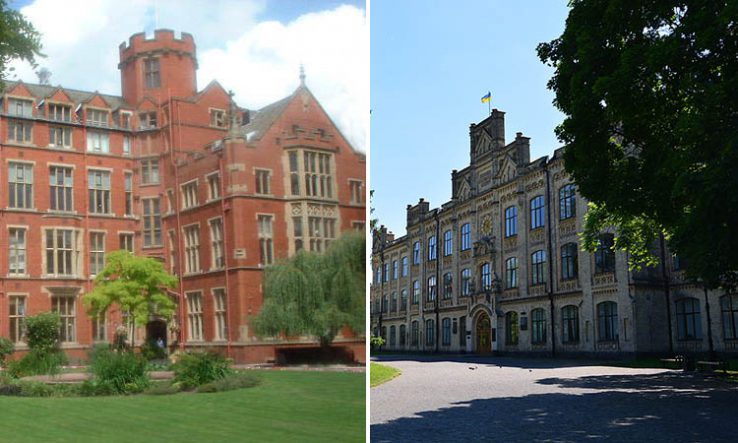 The University of Sheffield has set up a partnership with Igor Sikorsky Kyiv Polytechnic Institute in Ukraine as part of a wider twinning scheme.

KPI is “Ukraine’s largest and oldest universities, renowned for engineering teaching and research, but its staff, students and day-to-day operations have been seriously affected by the conflict”, said the University of Sheffield.

For example, it said, more than 1,600 students and 500 academics at KPI have left Ukraine since the Russian invasion in February, and twelve students have died in the war.

The new partnership will see the Sheffield donate laboratory equipment, share access to its library, match academics, as well as donate £20,000 to rebuild or repair air raid shelters on the KPI campus.

Sergii Sydorenko, vice-rector for international relations at the institute, described the £20,000 donation as “not only humanitarian” but also as “a significant political dimension in the context of the incredible amount of Britain’s assistance to Ukraine in this war”.

To help in the longer term, 13 workstreams have been set up between the University of Sheffield and the Ukrainian institute to help identify how the Russell Group institution can help.

The university said its offer was designed “to help KPI, its staff and students, survive in the short term and also thrive in the longer-term so they can help to rebuild their country following the invasion”.

Malcolm Butler, vice-president for global engagement at the University of Sheffield, said UK universities want to “do all we can to help our peers at Ukrainian universities who have seen their institutions devastated by the war”.

“It’s essential that we help staff and students at Ukrainian universities with the short-term assistance they urgently need now, but also build long-lasting ties through collaboration and exchange, so we can help them to rebuild their education system and their country once the war is over,” he added.

The twinning agreement is part of a larger programme set up by vice-chancellors’ body Universities UK International and run by the Cormack Consultancy Group, which has seen more than 70 UK universities taking part so far.

The programme is designed to offer assistance to Ukrainian universities while avoiding long-term brain drain of academics from Ukraine.