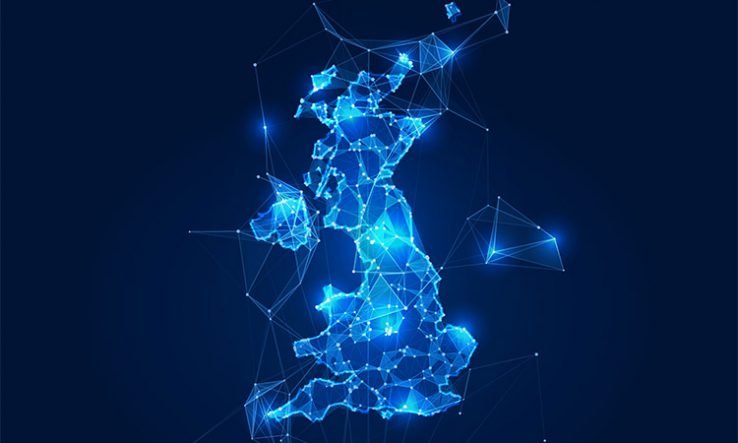 In the government’s recent UK Research and Development Roadmap, innovation and R&D have rightly been highlighted as being vital in enhancing productivity and driving long-run prosperity in the UK.

Both innovation and R&D will be particularly important as the UK seeks to recover from the Covid-19 pandemic and limit damage from the impending economic recession.

The government will therefore be concerned by the fall in innovation activity reported by the 2019 UK Innovation Survey—released in full this week following the publication of headline findings earlier this year in March.

The survey is the main data source for business innovation in the UK. Used widely across government to help improve policy, it is also a valuable source for those in the research community seeking to understand the innovation landscape.

Perhaps the most concerning detail in the latest data was the dramatic fall in the proportion of businesses claiming to be innovation active. This figure dropped from 49% in 2014-16 to 38% in 2016-18, a level similar to that in the period following the global financial crisis of 2008.

These falls were seen across all types of innovation, across all regions, and all sectors of the economy. Falls were also observed in the proportion of businesses that invest in internal R&D as well as in training for innovative activities.

As with previous years the most common barriers to innovation activity cited as “highly important” by businesses were related to cost. These include the availability of finance, the cost of finance and the direct costs of innovation being too high.

Another concern is the significant rise in the proportion of businesses citing the EU referendum as a significant barrier to innovation, from 9% during the 2014-16 period to 16% in 2016-18. There was a similar rise in those worried about a lack of qualified personnel, from 10% to 15%.

In exploring the trends in barriers to innovation, a curious result emerges.

There were some exceptions. Medium-sized innovation-active businesses with more than 100 employees saw increases in the barriers to innovation across a range of categories.

Partnerships between businesses and universities have been key to addressing the crisis caused by the Covid-19 pandemic. Success in innovation and R&D will rely on the strength of both the university sector and the business sector.

Over the past decade the scale of engagement between universities and businesses appears to be increasing. The percentage of broader innovators reported to have cooperation agreements with universities has largely followed an upward trend, with 2014-16 looking to be an outlier for reasons yet unknown.

Regional differences, however, are observed. Northern Ireland, Yorkshire and the Humber—and to a lesser extent the East of England—have all seen declines in the percentage of broader innovators reporting cooperation agreements with universities since the 2010-12 survey period, even excluding 2014-16 data. By contrast, the North East, the East Midlands and the South West all show some increase over time.

As in the previous survey, the importance of universities and higher education institutions as sources of information for innovation-active businesses has increased over time. But this is not true for businesses with 50-99 employees, where the percentage has fluctuated in recent years. Regional differences are seen here too, with the figure for businesses in Yorkshire and the Humber coming down, having seen increases in every release since the recession.

Low figures for institutions being highly important sources of information for businesses does not necessarily mean they are not important partners in the innovation process. Rather, evidence points to universities being part of a much wider and complex system of information flows supporting the process of innovation.

The survey findings are of real concern and will undoubtedly sound alarm bells for the government, given that it has put such an emphasis on seeing increased levels of innovation from businesses in its post-pandemic recovery plan. Clearly, further research is required to establish the robustness of these data and trends and to better understand what drives them.

Hoping for an uptick in activity in the next survey—covering the period 2018-20—may be wishful thinking given the Covid-19 pandemic. Difficult as this may be, our efforts to raise the level of innovative activity in the UK must be redoubled, and this will be crucial for national competitiveness. Specialised interventions need to be made, tailored to businesses of different sizes and industries.

A strong and productive partnership between universities and the private and public sector needs to be at the heart of both recovery and renewal. Future prosperity and economic recovery post-Covid-19 will depend on the strength of the UK’s innovation ecosystem, of which both universities and businesses are a significant part. The launch of a taskforce by National Centre for Universities and Business that will provide evidence-based advice on the future of R&D in the UK couldn’t be more timely.

Zak Ismail is a place research analyst at the National Centre for Universities and Business, and Tomas Ulrichsen is the incoming director of the new Policy Evidence Unit for University Commercialisation and Innovation being set up at the University of Cambridge.