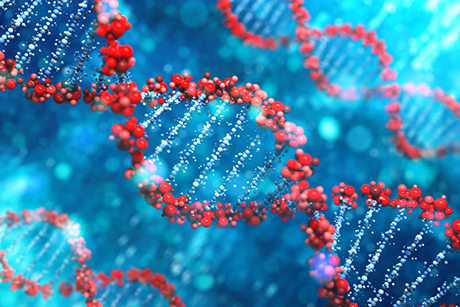 The Covid-19 pandemic has been the most globally disruptive event in decades. A virus for which there is no known cure has revealed how fragile health is in today’s globalised high-tech world. But through developing new vaccines, tracking how the virus evolves and is transmitted, and through repurposing therapies, genomics has come to the rescue.

Over the past 18 months, the UK’s sequencing capabilities, maximised by organisations such as COG-UK, have generated an unprecedented production line for reading genetic material. Without this, it is unlikely the Kent, South African and Indian variants, as they were commonly known, would have been tracked and monitored so quickly.

As the world begins to adjust to life with Covid-19, national screening, surveillance and sequencing hubs are being established globally. These both acknowledge the role played by genomics in responding to the pandemic and recognise that the response to future variants and viruses must be proactive rather than reactive.

The UK’s ability to sequence and monitor variants stems from almost a decade of continued government investment and support. In 2012, the then prime minister David Cameron set the task of making the UK a world leader in the field within five years. From this, Genomics England and the 100,000 Genomes Project were born.

In 2018, the then health and social care secretary Matt Hancock announced that the 100,000 Genomes Project had been completed. The UK had succeeded in translating its world-class genomics science and research into world-leading genomic medicine, which it was able to use as the basis for its first-in-the-world Genomic Medicine Service. But as global competition is the truest driver of scientific innovation, such an achievement marked only the beginning of genomic advancement in the UK.

As witnessed by the pandemic and the evolution of variants, a mutation, although tiny—a few small changes—can have monumental economic, social and healthcare repercussions. Genomics lies at the heart of protecting the future health of the global population.

Through techniques including precision medicine, pharmacogenomics and faster diagnosis, it could be the future of healthcare—a future that the UK is poised to lead.

Wednesday 20 October marks the launch of a report by Public Policy Projects (PPP) that focuses on the undeniable genomics revolution.

This report provides additional evidence in support of the government’s strategy to extend the UK’s leadership in genomic healthcare and research—Genome UK: the future of healthcare—and the recently published Life Sciences Vision, which focuses particularly on the opportunities genomics affords.

In anticipation of the 2021 spending review, to be announced on 27 October, PPP’s State of the Nation: Genomics Revolution highlights key areas of scientific and medical excellence that show the UK’s position of global leadership in the field, and areas that will need continued investment.

Building upon themes explored in both Genome UK and the Life Sciences Vision, this report identifies key areas in which marshalling developments in genomics will enable scientists and clinicians to find accelerated insights, potentially delivering enormous human benefit.

Firstly, while past and current investment has delivered major clinical and genomic datasets in the UK (such as Biobank UK and the 100,000 Genomes Project), achieving maximum value from these will demand an infrastructure of federated connections in order to enable seamless analysis. Such data linkage must be subject to access and privacy controls, but the UK must seize the moment to realise its combined health and genomic data potential.

Then, while sequencing will remain important for monitoring Covid-19 variants, including those of concern, it could also bring benefits in dealing with other health challenges, including seasonal influenza and antimicrobial resistance. The report proposes that, by building a national and global network for pathogen surveillance, it will be possible to detect nationally and globally emerging infection threats and act to reduce the impact of these on human health.

Now is also the time for health policy to encourage the emergence of an ecosystem that identifies research insights into disease prevention and management, and links major datasets, making them quickly available to citizens through a national genomic research library.

Genomics also has a role to play in treating cancer, which will affect one in two people during their lifetimes. Cancer is a disease of disordered tumour genomes and can be triggered by inherited predisposition to malignancy or by lifestyles. There is growing evidence that genomic data might help tailor patient care, and that new data and new technology will deliver particular benefits. This will be a step towards the ambition stated in the NHS Long Term Plan to dramatically improve cancer survival, partly by improving the proportion of cancers diagnosed early.

With a colossal data resource now becoming available, the time is ripe for a significant initiative to bring together the UK research communities from academia, clinical practice and industry. The UK has significant skill sets, infrastructure and tools in the three communities, and the report recommends that these should be drawn together to accelerate the translation of genomic knowledge into therapies for patients.

To ensure public and patient perspectives remain at the heart of progress and developments in the field, and in recognition of the enormous expansion of genomic testing as a result of the pandemic, the report suggests that a national framework should enable patients’ experiences to be shared and that their voices should be heard in new genomic developments.

Collaboration at the transnational and the binational level will also be vital, both for giving the UK access to more diverse data sets and to ensure it participates fully in the emergence of new global standards.

From Crick and Watson onwards, the UK has occupied a leading position in genomic healthcare. There remains a long way to go in terms of discovery, translation, industrialisation and adoption to put in place a world-leading genomics ecosystem. But the government has a tremendous opportunity to draw together what this country has within it, and maximise the value of genomics for the health and wealth of the whole of humanity. It’s time to harness it.

Mark Caulfield is the former chief scientist of Genomics England and now chief executive of Barts Life Sciences. John Chisholm is the former chairman of the Medical Research Council