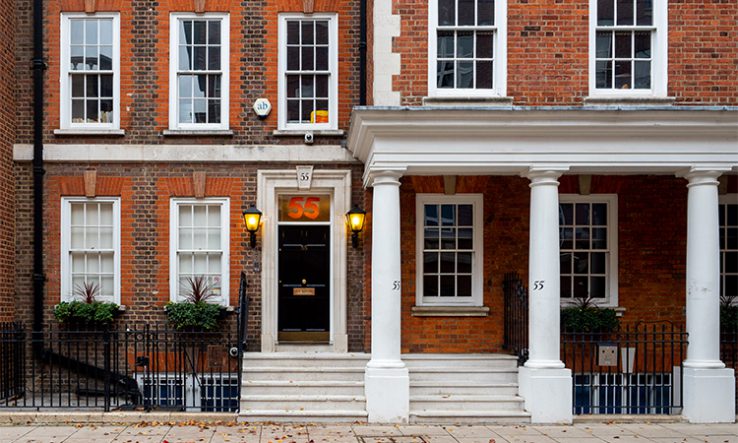 Anyone who’s being paying attention to the disastrous start of Liz Truss’s premiership may have seen it blamed on ‘Tufton Street’ —shorthand for a network of free-market think tanks five minutes’ walk from the Palace of Westminster.

It’s rumoured that some of the tax-cutting and deregulatory policies in the government’s pound-crashing, interest-rate-hiking Growth Plan were dreamed up by right-wing wonks so in thrall to neoliberal economic theory that, ironically enough, they failed to realise how the markets would react when Truss offered no plans to balance the books.

Those rumours aren’t unfounded. Truss and her cabinet brought in a host of staffers with past or present links to various right-wing outfits. This traffic is hardly new: think tanks based in Tufton Street (pictured above) were invited to pitch, dragons-den-style, suggestions for the Tories’ 2019 manifesto.

Moreover, there is a long history—or at least a mythology—of think tanks influencing governments. In the 1970s, some of those very same organisations supposedly supplied the policies that helped Margaret Thatcher’s Conservatives unleash socioeconomic reform upon an unsuspecting nation.

That claim is debatable: the Centre for Policy Studies set up by Thatcher and her intellectual mentor Keith Joseph may have helped them win the battle of ideas, but nearly all the actual policymaking in opposition was done by the party’s MPs and the Tories’ in-house research department.

This is not to dismiss the influence of think tanks. Given how stretched the research capacities of our main political parties are, and the revolving door between them and think tanks, that would be foolish. But they are seldom if ever as responsible for government policy, as they love to claim.

In truth, think tanks are best seen as ideas factories, pressure groups and more-or-less partisan outriders. They supply (hopefully evidence-based) research to politicians, and occasionally civil servants, who lack the resources or inclination to gather it themselves, offering novel solutions to familiar problems or highlighting overlooked issues.

This usually happens in public, via the media, where broadsheet opinion articles are particularly prized, or reports. The latter are produced either by in-house staff or in conjunction with some kind of commission made up of genuine experts and those recruited for their high political or media profile.

So far, so unproblematic—although there are legitimate questions about the extent to which the media seems to give more attention, and so legitimacy, to some think tanks over others.

Funding, however, is thornier. The ideal source is a recurring donation untethered to any particular piece of work. But most think tanks must rely on one-off income from individuals and companies willing to sponsor a specific project. This must be handled carefully, so as to avoid producing research to order.

Many of the UK’s best-known think tanks, including the widely respected—and very well-funded—Institute for Government and Resolution Foundation are educational charities. The Charity Commission regulates their finances and the extent to which they can be explicitly partisan.

But, surprisingly and somewhat controversially, charitable think tanks can also stake out a defined point on the political spectrum. The best-known examples are the Institute for Economic Affairs and Policy Exchange on the right, and the Institute for Public Policy Research on the left. The Social Market Foundation and Demos are seen as more centrist.

Others, particularly on the right, are not subject to oversight by the Charity Commission. They include the Centre for Policy Studies, the Adam Smith Institute, Bright Blue, Onward and the Centre for Social Justice. On the left, the Fabians fall into this category.

The consequent lack of transparency leaves those most associated with Tufton Street, including the Centre for Policy Studies and Adam Smith Institute, especially open to accusations that they are funded by ‘dark money’ from business people with vested interests and market-fundamentalist viewpoints.

This is making the ecology of UK think tanks ever more like that of the United States. The resulting downsides and dysfunction should lead us to look elsewhere for a model.

One possibility is Germany. There, the state funds, and so regulates, a number of foundations (stiftungen) associated with, but operating at arm’s length from, each of the main political parties.

They function both as think tanks and, by having offices in other countries, boost Germany’s soft power. But they do so transparently, consensually, inclusively and democratically—values we could do with a lot more of in the UK right now.

Tim Bale is professor of politics at Queen Mary University of London and a trustee of the Social Market Foundation.