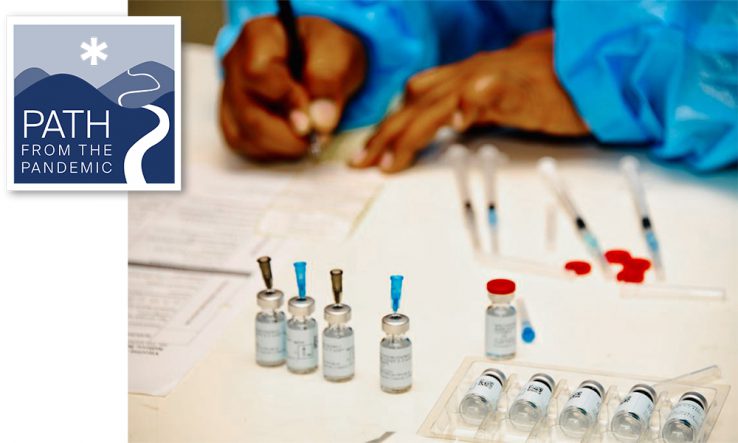 In October 2020, India and South Africa proposed suspending intellectual property on forthcoming Covid-19 vaccines, treatments and tests. Sensing that countries in the global south would be at the back of the queue, they wanted to make it easier for firms worldwide to copy and scale up production of life-saving medicines.

Over 100 countries backed the move at the World Trade Organization. Research showed that over 100 firms based in Africa, Asia and Latin America had the capacity to produce mRNA vaccines—if the technology were shared and IP waived. However, a few WTO members, including the UK, the EU and Switzerland, have worked tirelessly to block any waiver, pointing to paltry vaccine donations as evidence that structural change isn’t needed and parroting big pharma’s argument that diluting IP would inhibit innovation. All through the most recent talks in Geneva, which concluded on 17 June, the UK was tabling amendments that would weaken any deal, forcing countries seeking something more ambitious onto the defensive.

To describe the WTO deal agreed in Geneva as too little, too late is an understatement. The originally proposed waiver would have suspended 40 articles of the Trips agreement on trade-related aspects of IP rights, providing a solid basis for countries to manufacture Covid-19 vaccines, treatments and diagnostics.

Instead, the agreed deal offers temporary, conditional and limited flexibility on just one of those articles, in theory attempting to ease export constraints on vaccines made under compulsory licenses. But health campaigners have pointed out that better workarounds to this already exist. If this sounds like too small a detail to dwell upon, it shows just how little the outcome resembles the proposal.

In the 20 months since an IP waiver was first proposed, pharmaceutical companies have had a free run to make record-breaking profits. Meanwhile, fears over vaccine inequality have proved well-founded.

The UK’s insistence that IP rules spurred the creation of Covid-19 vaccines wilfully downplays the importance of public research funding. It also overlooks how poorly the current regime serves society.

Around 97 per cent of the funding for the Oxford/AstraZeneca vaccine—which was sold at cost until last year—came from taxpayers’ money or charitable trusts. Similarly, the mRNA technology behind Pfizer and Moderna’s vaccines is rooted in decades of publicly funded research in the United States.

Moderna’s R&D for its vaccine was also almost entirely funded by the US government and co-developed by government scientists. And while Pfizer claims not to have received any public funding for its vaccine, BioNTech, the company that did the bulk of the vaccine’s development, has received around €445 million from the German government.

Rather than driving medical advances, the search for profit encourages monopolisation via 20-year patents. The perceived riskiness of investing in drug development has resulted in more than half of newly approved medicines being tweaks on existing drugs, offering little or no therapeutic advance.

This helps explain why, before the pandemic, R&D pipelines for coronavirus were virtually empty. Now, 10 of the 15 pathogens most likely to cause the next pandemic have completely bare pipelines.

Despite the WTO’s failure, there are lessons to learn from the misery of vaccine inequality. With the WTO hosting discussions around a new pandemic preparedness agreement, there are opportunities to place stronger conditions upon public funding, including requirements that pharmaceutical companies share knowledge, data and IP rights.

And while the omission of treatments or tests from the recent agreement is reprehensible, there is still the possibility of extending the deal to cover them within six months. Given that this year’s supply of the most effective Covid-19 treatments has been bought up almost entirely by high-income countries, movement on treatments is needed urgently.

In the meantime, efforts to issue compulsory licenses on Pfizer’s Covid-19 treatment Paxlovid are underway in Latin America. As long as the WTO remains a barrier to a better health systems, many countries have little choice but to seek ways to circumvent its arcane IP laws—or challenge them head-on.