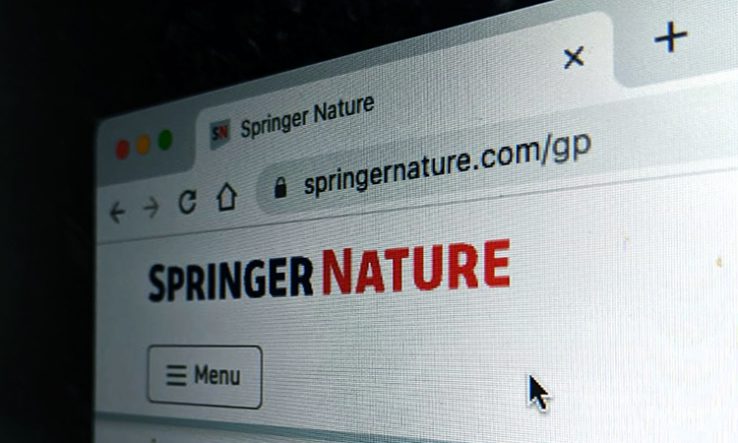 Energy bills for schools, colleges and universities are not capped, meaning they face unrestrained increases. My institution, Lancaster, is a campus university and the costs of running such a huge estate have rocketed as a result of the increase in energy prices. These costs are already having a financial impact on the library.

Although the university is taking more home students, the income generated through international students paying higher fees has dropped.

This is in addition to the loss of revenue suffered during the pandemic as footfall at campus shops and cafés fell dramatically and student accommodation sat empty for long periods.

One of the biggest of these contracts is the Springer Compact agreement. Dating from 2015, this was the first transitional agreement signed by UK universities. It allows UK researchers to read 2,500 journals and publish open access in 1,900.

In 2022, this will cost £11.7 million. This year, UK universities will also pay £5.2m as part of a 2011 agreement for access to the Nature journals. These merged with Springer to form Springer Nature—the second-largest publisher of UK research after Elsevier—in 2015.

Both agreements expire at the end of December 2022. Negotiations for a combined transitional open-access agreement with the UK Springer Nature negotiation team restarted at the start of June following rejected proposals for the Nature research journals in 2020.

Historically, library staff and researchers at Lancaster have valued the Springer Compact agreement for its straightforward workflows and ease of communication. But now it’s time for the company to take the next step and offer the same benefits across its entire portfolio.

This needs to be at a cost that reflects universities’ difficult financial situation and the value of the UK academic community’s contribution to Springer Nature’s portfolio.

We’re very big on open research at Lancaster University. Ensuring the final version of record is openly available is our preference and ultimately we are seeking a contract that will enable academics to publish open access as the default.

Along with judging research on its merits, robustness, reach and influence, rather than its publication venue, and pledging not to make tenure or promotion decisions based on lists of preferred journals, this forms part of our commitment to transforming research culture.

But the financial aspect cannot be ignored. Gone are the days when price increases of 5 per cent, or even 3 per cent—which were unjustifiable even at the time—can be waved through.

There is serious scrutiny of all expenditure, particularly on expensive agreements like Springer Compact—not to mention the article-processing charges for open-access publication in Nature-branded journals, which are more than £8,000. The cost of publishing one paper in Nature Aging would cover almost a full year’s undergraduate tuition fee—or almost two years of fees for a student undertaking a PhD in dementia studies.

This is not sustainable or fair. No-one questions the value of Springer Nature’s content. But we can’t afford to keep paying huge sums for subscriptions and publishing charges that are four times the average. Especially when Springer Nature’s latest accounts filings report a 44 per cent profit margin.

We’ve brought researchers into the conversation about these negotiations to ensure they have a full understanding of the sums involved. The bottom line is this: we want an agreement with Springer Nature, we want access to its entire portfolio and we want our researchers to be able to publish open access in these journals with no barriers.

We’re willing to pay for this—we recognise that publishing has a cost—but the price must be fair and reflect the actual costs of making an article open access. Achieving a deal with Springer Nature is important to Lancaster, but not at any cost.

Andrew Barker is director of library services at Lancaster University.

UPDATED 2/9—This story has been updated with additional details of the ongoing negotiations.