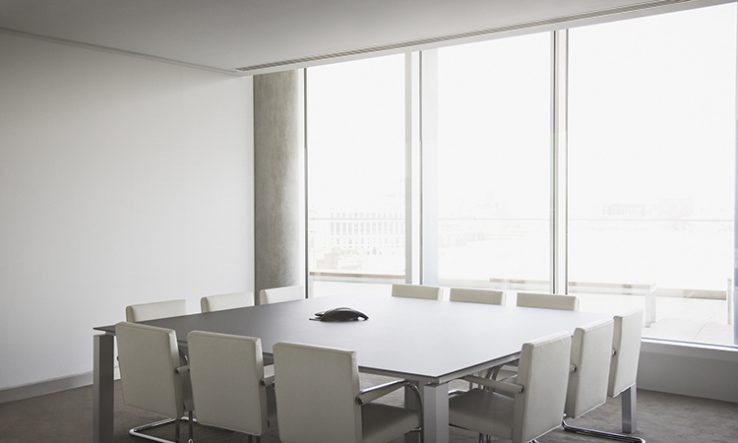 Recently, I tried to book a large seminar room for a half-day research event. Although this event was SITTU (Strategically Important To The University), my efforts were not finding success. Frustrated, I took to Twitter.

“We have a university-wide booking system,” I wrote. “It is a front. Beneath it is a shadowy network of rooms that you can only book if you know they exist, know who to ask and know the Words of Power. And after all that, you still can’t have it.”

Judging by the 760 likes it received, my tweet touched a nerve. This made me wonder whether something as simple as processes for booking rooms might tell us something about the functions and dysfunctions of the modern university.

Universities typically have an automated booking system for rooms that are bookable by anyone. But there are also off-system rooms, typically for the exclusive use of a particular school or faculty, which operate their own system—local rooms for local people.

Who knows about these rooms? University administrators, especially in school offices or receptions. One good tip sent in response to my tweet, which I tried, was asking a senior leader’s personal assistant, as they’ll usually know what rooms are where and who controls access.

One theme in the responses was the importance of getting, and staying, on the right side of university administrators. People reported receiving responses from such staff ranging from ‘personal quest to solve problem even though not their job’ to ‘computer says no’.

I’m all in favour of acknowledging the important work of skilled and dedicated administrative colleagues. But I’m less sure than some of my Twitter discussants that administrative staff see booking a room as a favour to a particular researcher, rather than it just being part of the job.

But should access to research resources—and even knowledge of their existence and availability—really depend upon personal connections and tacit knowledge? On knowing what you can ask for, from whom and how?

And what about those lacking such connections? Is it acceptable for someone to be disadvantaged because they’re new to the institution, especially if they joined during or since the pandemic and missed out on opportunities to build relationships? Because they’re a less assured social operator? Because they don’t feel as entitled as others—even to resources that they are entitled to? Because there isn’t sufficient skilled administrative support available in their research group?

Discussions of equality, diversity and inclusion within an institution can often end up being somewhat abstract. Here, I think, we have an example of a small, concrete issue where there are potential issues and where action could and should be taken.

One subset of responses concerned selfish and antisocial behaviour. This included booking out rooms in case they were needed or as a show of power, failing to cancel bookings that were no longer needed and denying help to colleagues from other parts of the university—often in the odd belief that collegiate behaviour would start a slippery slope to loss of control of the space. There were tales of pettiness, tribalism, obstruction and inflexibility.

This is not what Alexander Lindsay, co-founder of Keele University, had in mind when he described a university as “the pursuit of truth in the company of friends”. We talk a good game on interdisciplinary research, on being one university. Down in the details, the reality can be different.

Another discussion theme was the inadequacy of university infrastructure and systems. Several people reported booking systems that looked automated but in fact generated an email request that needed to be confirmed manually.

Others reported missing, misleading or flat-out wrong information about room capacities and facilities, or misfiring and unreliable search functions. My own institution’s system isn’t bad, but would it be too difficult to include pictures of the rooms, including different seating layouts?

Each system that doesn’t work as well as it should is a source of waste and frustration. With academic workloads at dangerous and unsustainable levels, universities should invest in minimising wasted time, especially as this is the most expensive part of research in nearly every academic discipline.

I’m undecided how much this micro-example tells us about broader university culture. I’m not sure we can generalise from issues with one minor admin process, but equally I don’t think we can dismiss the issues that emerge. I doubt that inequalities of access, inadequate systems and antisocial behaviours are confined to this one area.

Adam Golberg is research development manager (charities) at the University of Nottingham. He writes here in a personal capacity

A version of this article appeared in Research Fortnight