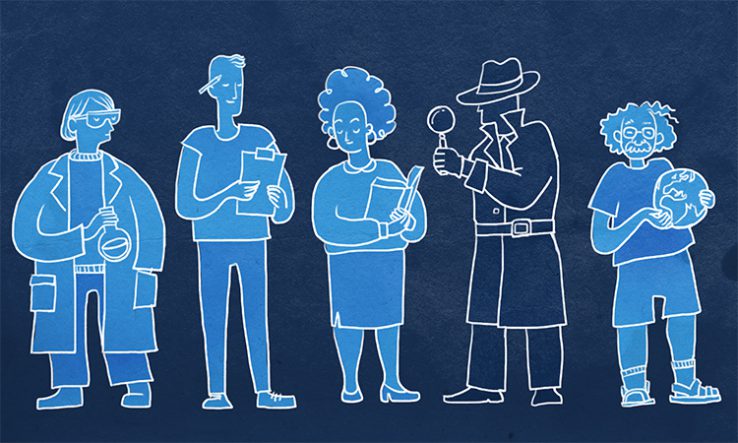 The Inspector General of the United States’ largest non-medical government research funder has said her office has been “overwhelmed” by allegations about researchers who have apparently failed to disclose links to foreign countries.

At a Congressional committee hearing on 5 October, Allison Lerner said such cases currently make up around 63 per cent of her watchdog office’s caseload of investigations at the National Science Foundation (NSF).

“The growth of allegations related to undisclosed foreign affiliations has overwhelmed my office’s small investigative staff,” Lerner told lawmakers. She said that even if her 20-strong investigative team doubled in size “we would still be hard pressed to keep up with the number of allegations that are coming in”.

Foreign interference in government-funded research in the US has become a hot political topic in recent years, particularly in relation to researchers linked to expanding Chinese talent recruitment programmes, against the backdrop of increased tensions with the Asian superpower.

The NSF expects all researchers applying for grants to declare links to any foreign talent programmes, including income from overseas appointments. Failure to do so can result in it clawing back its funding from those who win it.

According to written evidence provided by Lerner, the NSF has recovered $7.9 million in action taken against grantholders linked to foreign talent programmes on the recommendation of the Inspector General’s office. The funder has suspended around 24 grants and terminated around 16 awards, involving 23 researchers and 21 organisations.

Lerner told the committee that prior to 2017, her office had seen no cases involving undisclosed foreign ties, but in recent years there had been a “a huge growth in a very short period of time” in referrals from the Federal Bureau of Investigation. She also confirmed a suggestion from one of the committee that there had been a “1,000 per cent” rise in FBI referrals.

Legislation making its way through Congress that would allow NSF’s budget to increase from $8.5 billion in 2020 to over $21bn in 2026 raised concerns from committee members over the potential for an even greater number of cases to occur. Lerner said she was pleased that the draft legislation includes an extra $50 million for the Office of the Inspector General.

Universities have also been feeling the pressure over increased reporting requirements for relationships with foreign countries.

Speaking at the committee hearing, Maria Zuber from the Massachusetts Institute of Technology and the co-chair of a research security panel at the National Academies of Sciences, Engineering, and Medicine, said there has been “a fair amount of confusion about what actually needs to be [disclosed] and how it needs to be disclosed”.

She said that differences between what agencies require in terms of disclosure had led to “inadvertent errors” from some researchers who deserved to be treated differently from those who had an intent to deceive.

Eric Lander, US president Joe Biden’s top science adviser, has previously said there should not be “a thicket of rules that everybody has to interpret in different ways”.

Concerns have also been raised over what some have described as “racial profiling” of ethnically Chinese or Asian researchers by US government agencies in this area.

“We must not create a hostile environment for scientists who want to relocate to the United States to work at our world-class institutions,” he added.