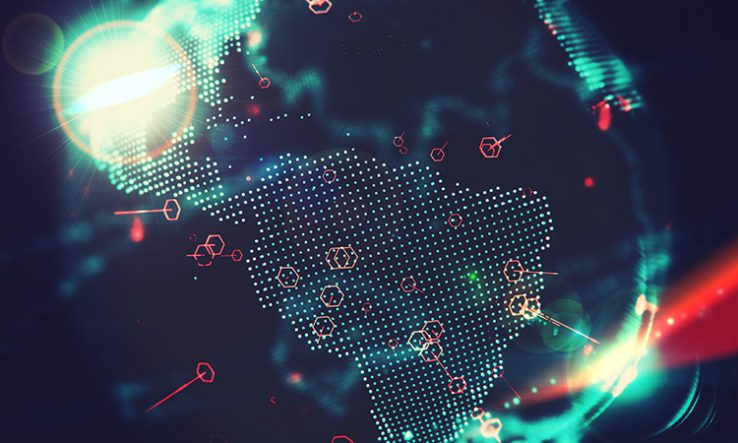 Researchers in Latin America have been accelerating their output of papers at a faster rate than most of the world but are still largely failing to cooperate regionally, according to an analysis of tens of thousands of academic works.

The output of research papers globally has skyrocketed in recent years, with China and the United States vying to outdo each other and producing more than 400,000 papers a year each.

While the countries of South America, Central America, Mexico and the Caribbean produce far fewer total papers, the growth in their output has surpassed even that of China, according to a report from the Institute for Scientific Information, part of the company Clarivate*.

In 1981, Clarivate’s Web of Science index listed just 5,655 papers from Latin America. By 2020, the number had risen to 156,000. This represents faster growth than any other region until recently, according to the ISI, when the region’s growth was overtaken by that of the Middle East.

The 34 countries assessed in the ISI report, which was released on 30 September, showed particular strengths in life sciences, environmental sciences and tropical medicine, perhaps unsurprisingly given the region’s preeminent position in global biodiversity. Researchers in the region were also strong in astronomy, education and romance literature.

But those researchers are often not collaborating with colleagues in nearby countries, which is something that worries report author Jonathan Adams.

Adams, chief scientist at the ISI, said: “Our report demonstrates there are many challenges, common to many countries. It is therefore most concerning that research collaboration within the region remains extremely low.”

The low rate of regional collaboration is demonstrated by Brazil—the largest research producer in the region. Researchers in Brazil were named on 127,400 total collaborative papers over 10 years, but only 10,000 of those included a regional co-author.

Adams and his colleagues suggest the creation of a regional organisation to fight this problem. Something modelled on the European Union’s R&D framework programmes—now into their ninth iteration with the recently launched Horizon Europe—could be set up by the larger regional research economies, they suggest. This would serve to raise both the impact and awareness of the “region’s intellectual and academic achievement”.

“There are significant potential benefits for the creation of a regional research organisation to enable further research growth, training and capacity building to tackle common challenges across the region,” said Adams.

*Research Professional News is an editorially independent part of Ex Libris, a ProQuest company. In May, it was announced that Clarivate had signed a definitive agreement to acquire ProQuest.